“I daren’t lift it up in case the bottom comes off!” said my Dad, pointing towards a squashed, damp cardboard box in the far reaches of the garage. Eagerly I began probing through the piles of posters ripped from ancient copies of the NME, student club-night flyers and unidentifiable pieces of mouse-chewed paper. Eventually I found what I was looking for, a small collection of battered and torn ticket stubs.

“Come on!” said my Dad “look through it again another time, the taxi is here” and off we went to Stanmore Tube Station and The Who at Wembley Arena (this is LDNLife, so there has to be a link to London somewhere, no matter how weak).

“Never mind” I thought, knowing that I’d unearthed a gem.

Rewind a couple of hours and I’m undertaking the same exercise in the far more hospitable environment of my childhood bedroom. Away from the cold, damp and mice I had been looking through some boxes of old ‘things’ and happened across gig tickets spanning back to 2003. Conscious that the following day I was attending the BBC Radio 6 Music Festival in Bristol (London link 2…yes Bristol is not London but Radio 6 has studios in the capital and lots of listeners…I said these were weak links). Present at the festival would be the makers of a forthcoming BBC documentary series, the People’s History of Pop.

Keen to include my own little piece of music history in the project I wanted to see how far back into my own musical timeline I could travel. However, the stubs I had found only dated back thirteen years. Where were the rest? I had to find out and went off to get the keys to my parents’ garage.

The following day, upon arrival at the Festival in Bristol, I presented the PHOP creators with my ticket stub from Oasis’ Friday night show at Finsbury Park (London link 3) in 2002. When asked to describe what the gig meant to me I stumbled across some feeble superlatives to describe the event, but without the enthusiasm my eighteen-year-old self would have displayed in the moments after the show.

It wasn’t until later that evening that I began to seriously reminisce. I had initially remembered it as being a highly charged rock performance with Oasis’ usual football fan-esq crowd. However, with more careful consideration it was actually far more than that. Touring new album Heathen Chemistry, released only days before, Oasis were on amazing form and the atmosphere in Finsbury Park was electric. Whilst the exact set-list escapes me, it was definitely hit-heavy but strewn with new tracks. The NME front page the following week claimed it was “better than Knebworth” – as one of my first ‘big’ concerts, this was one hell of a benchmark.

At this point in my life music wasn’t necessarily about intricate guitar solos, the tightness of the accompanying horn section or carefully crafted lyrics. Like a rock debut albums this period was about unleashing teenage angst. At eighteen I cared about how the gig made me feel, forcing me into a desire to jump up and down in complete unison with thousands of like minded individuals and giving me cause to yell (not sing) the lyrics to each song – not retrospectively dissect their meanings. I didn’t want to just stand back and admire – I wanted to be involved. That was my modus operandi and my word it was exhilarating.

During the break between bands at the BBC 6 Music Festival I continued to recall that weekend in the summer of 2002; how one of our mates didn’t get into the show, questioning how I managed to stay on my feet amongst the raucous crowd – despite being incredibly skinny, the overpriced Oasis t-shirt I bought (and the cheap fake hoodie that lasted one wash), the hope that when a cardboard pint cup hit me the contents would be cold and not warm, after the show sprinting back to our local to try and make it for last orders despite being soaked and looking more like we’d been in a fight than at a concert and, hardly being able to speak or move my neck the next day.

Flicking through the box of ticket stubs I dreamt back to the numerous gigs that I attended during the following years. The dates sometimes running consecutively for days on end, as my friends

and I travelled back and forth to Leeds and Manchester to watch the latest trendy bands play the likes of the Cockpit (sadly now gone). Wonderful memories came pouring back. It was an incredible time for guitar music and I was deeply entrenched. There were stubs from concerts where I had interviewed bands during my stint as the music editor of our Students’ Union newspaper (there was no way I could have funded all these gigs on my student loan and a part-time job) down to small unsigned shows where we went to support friends and see new acts, many of which have since vanished into oblivion.

My university studies fitted around my lust for discovering new artists, learning more about old ones and, most importantly, attending gigs. Summers were always filled with festivals. The following summer to Oasis’ Finsbury Park shows I somehow managed to fit in Glastonbury, the Isle of Wight, Reading and V Festivals. All of this seems unfathomable now, incompatible with a thirty-something, married and full-time working lifestyle. Even the Radio 6 Music Festival this weekend finished late enough on a Sunday night to make me feel slightly queasy.

However, it was on that Sunday night, during Foals headline slot that the mainly teenage crowd below was going wild. Steam rose up as the warmth of the audience met the cold February air, circle pits kept forming and crowd-surfers were aplenty. I was taken straight back to what it felt like all those years ago – the pushing, shoving, jumping, sweating, screaming and overall euphoria of being ‘down the front’: To sum it up – anarchic. As I stood on the balcony overlooking the Foals mosh pit bedlam, I was grinning as if I was down there with them (though now I’d only been able to last about half song).

Earlier on that evening my wife had said to me, “are you honestly going to keep all those?” as she pointed towards the box full of stubs. Unable to answer I just looked at her, hoping my face would display my disapproval of the question.

That plastic container is brimming with memories of my youth. Memories that, whilst are sometimes mislaid, would always be accessible as long as those ticket stubs were in my possession. Bands that are long forgotten, friends I no longer see and venues that are now shutdown. Given more time I will go back through the pile and dig out the respective CDs that are currently collecting dust under the bed and try and rekindle that connection I had with those bands nearly two-decades ago. Who knows, maybe my great grandchildren will one day discover the box and 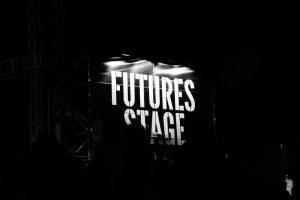 be interested to know that in 2006 I saw Arab Strap on their farewell tour at Manchester Academy, that the Manic Street Preachers were playing small venues such as the Leeds University Refectory as late as 2005 or in 2010 I was lucky enough to win tickets to The Libertines reunion show at the Kentish Town Forum (London link 4). Well, they might…

So, what is the point of this self-indulgent biographical rambling? I urge you all (well, those who have not yet given up reading this article) to do the same. When you get home tonight have a poke around in those messy drawers and at the back of the wardrobe. Collect together all the ticket stubs and memorabilia you can. Dig up memories of the gigs and bands you may have forgotten…and even phone up that friend you haven’t spoken to for years, go for a drink and talk about those hedonistic days.

Finally, I must make an apology to our editor Adam and to you, the LDNLife readers. With just four links to London (two tenuous and two rather old) this hardly counts as a meaningful
contribution to your guide to the greatest city on Earth and after a ten-month hiatus this blog is the best I’ve managed to conjure up (a full-time job and studying for a master leaves little time for recreational writing). However, as I’ve hopefully articulated, this entry may still have a purpose. Other than facilitating you to look back at your youth (doubling up as a painful remainder of your mounting years) you should share your favourite memory with the BBC People’s History of Pop. Too often documentaries and stories are told from the point of view of the band or the media and not the fans – it’s us that make the industry what it is. Their project is a wonderful concept and I can’t wait and see the final product. Find out more by visiting their website, www.phop.co.uk – Get involved.

Previous article Is #TheNextGalaxy more than a phone? 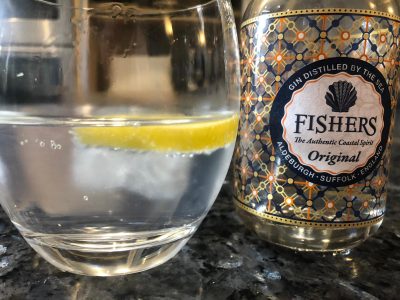 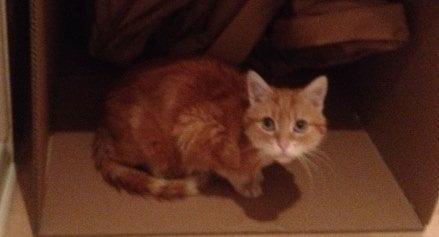 One Year on – Cafrey the official LDN Life cat 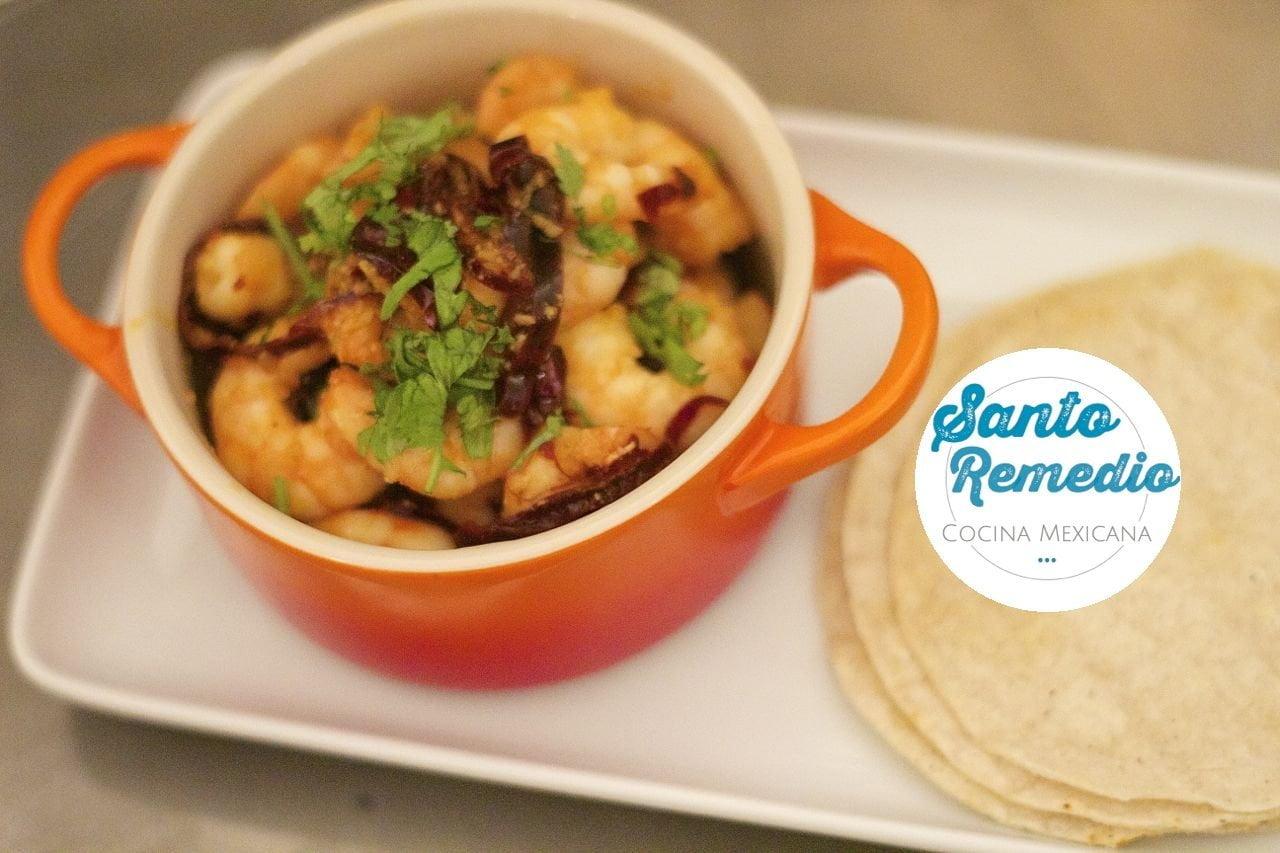