While Alt-J were fantastic pretty much from start to finish, it was the fans that were the stars of the show for me. The Hippodrome and its quirky layout and aesthetics also added to the atmosphere.

Last night alt-J played two sets to a packed house at the Hippodrome in Kingston. Embarrassingly I’d never been to the Hippodrome, it’s fair to say that it’s much better inside than the drab exterior would suggest.

With the trains from Waterloo yet again causing mayhem for commuters and me, I made it to the bar with seconds to spare. This 45-minute whistle-stop gig was a thank you to all their fans who bought their album from Banquet Records, and wow there were a LOT of fans.

great show(s) from alt-j. long may we continue being able to put on shows like this in Kingston. pic.twitter.com/0LrMPM48m3

I expected them to run through Relaxer from start to finish, but they also found time to drop in a few classics too, which really added to the flow of the set. If I was going to be picky, Adeline wasn’t as good as I had hoped, though my expectations of a 3 piece delivering a studio quality reproduction of such an epic song was perhaps a little unrealistic.

While alt-J were fantastic pretty much from start to finish, it was the fans that were the stars of the show for me. The Hippodrome and its quirky layout and aesthetics also added to the atmosphere. 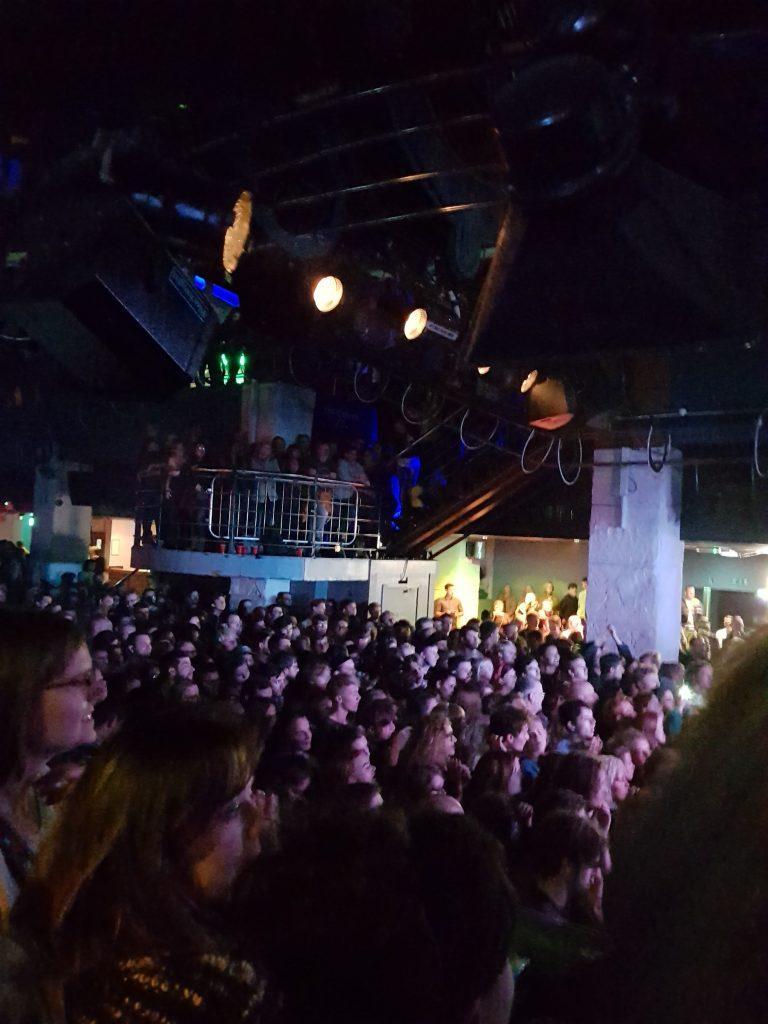 There’s no surprise that the likes of London Grammar and Tinie Tempah, Dizzee Rascal and the Vamps have played there recently and even Ed Sheeran played there on his way up.

Not that I needed any convincing, but a wet cold Monday night in Kingston drove home how important our 1000+ gig venues are and that places like the Hippodrome are under threat all over London.

It was also a stark reminder how shops like Banquet Records are important to local communities. It’s clear to see that they’re far more than just record shop and their passion for live music is as strong as their passion for vinyl.

It’s sad because one of the reasons I moved to London 7 years ago was because of the thriving music scene. Not more shops and flats, at the rate things are going,  Guilford is going to be the closest 1000+ venue.

If you love live music, please sign this petition. If you need more convincing you can read this excellent article in the Guardian

YES Alt-J were excellent, but if we want live music to still be a thing outside of mega venues, we need to protect what we have. On a final note: Technology is great and all, but I don’t want to watch gigs in VR, I want to live them, sweat, beer, bad views, random conversations and all.