Books on the Underground

You may or may not have heard of Books on the Underground, but if you love books and travel on the underground this might be for you.

It’s title explains itself – it’s an idea that gets people sharing literary love on the tube!  The project started some time last year, and since then it has built up and up. At first, it was just a matter of sending out stickers to people who were interested in sharing book they’d read, and getting them to leave them on the tube. Now, it’s grown and grown in popularity to the extent that publishers are contacting Books on the Underground to get their authors’ books distributed throughout the tube network.

It’s a great movement to get behind – who wouldn’t want to find a good book going free on the underground? And you can’t beat that feeling when you pop one on a chair in a station and see someone eyeing it suspiciously before picking it up for the journey home!


I’ve nearly finished Jonas Jonsson’s ‘The Hundred Year Old Man Who Climbed Out Of The Window And Disappeared’, and when I have, I’ll be popping it on the Victoria Line on my way home… so look out for it. 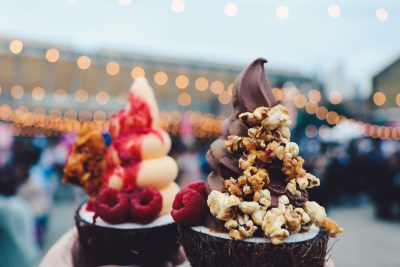