If the weather is nice, then this is worth carving out a chunk of a day for. Fantastic Beer selection, good food, and a cool atmosphere.

The London Beer Factory has launched their very own pop-up bar called The Bussey Beer Garden on top of the Bussey Building in Peckham, and we headed down to see what all the fuss was about.

Firstly the Bussey building, how did I not know about this? This place and its court yard area are full of little bars and even a roof top cinema. Further investigation is required, but it looks like a hidden gem (for me at least) just off the high street.

The atmosphere was very different to Franks, it felt a bit more upmarket, but not massively so. It was different enough for it not to be just another roof top bar and I don’t think they really compete against each other, other than they are both of roof tops. 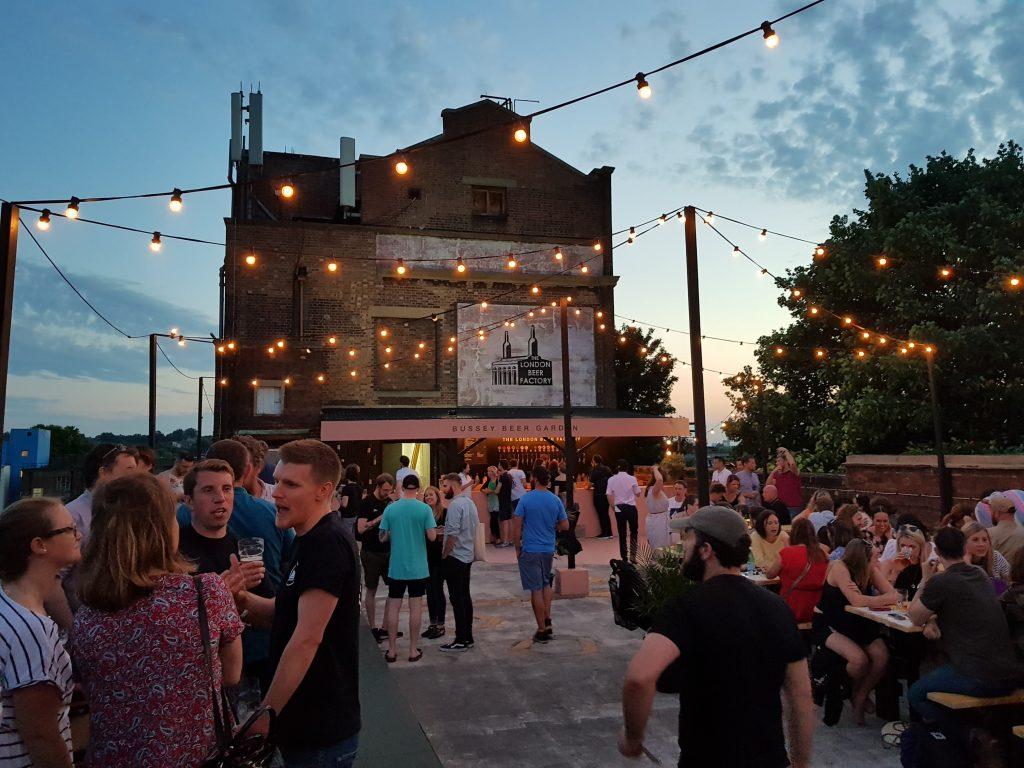 The key thing, and likely the main reason you’ll fancy going, is the selection of craft beers available. There’s the promise of 15 keg lines on offer, which will host a range of craft beers from The London Beer Factory and other breweries from across the UK and around the world. 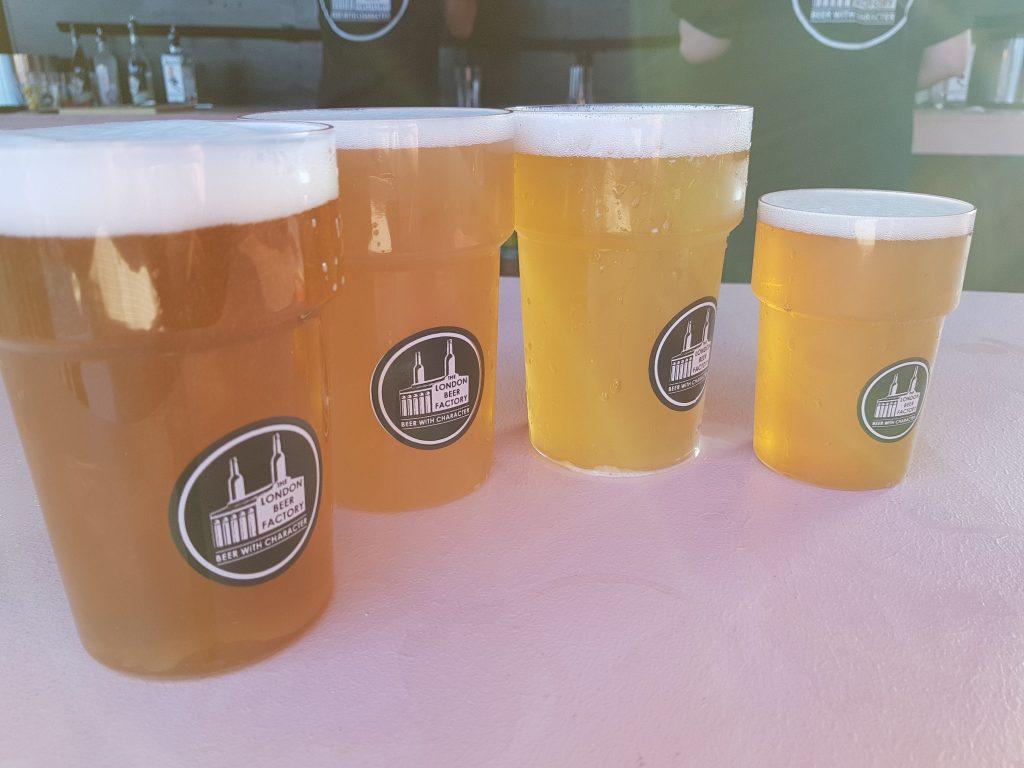 We tried a very nice sour beer, which was made in collaboration with a coworking space/brewery in Oxford. To be honest, we tried as many beers as possible between the 4 of us and everyone seemed to love every beer they tried. If in doubt buy halves and see how far you get, or just ask for a taste.

Food is provided by in the form of kebabs from the Babek Brothers. These were super tasty. The chicken was great and my veggie friends were very happy with their halloumi wraps. 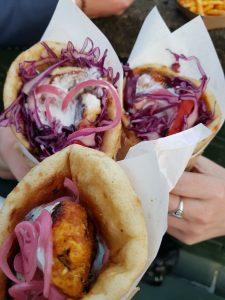 The Bussey Beer Garden is open every Friday and Saturday throughout July and August from midday to 11 pm.

But that’s not all…. From Saturday 15th July their Bottomless Brunch offering begins. Groups can book a 2 hour long bottomless brunch between 12 and 4. They can enjoy an endless supply of Beyond The Pale, London Bohemia Lager, Chelsea Blonde, Sayers Stout or of course Prosecco.

The food again is provided by the Babek Brothers, who will be cooking up a brand new brunch time menu inspired by their middle eastern experience. All for a very respectable £25 per person.

Finally Peckham Craft Beer Festival is fast approaching and The London Beer Factory is hosting this one-day free event on 22nd July which takes place at Copeland Park in Peckham, from midday till 11pm. There will be over 20 breweries involved, live music, as well as various food traders including The Belpassi Bros and Salty Loins. 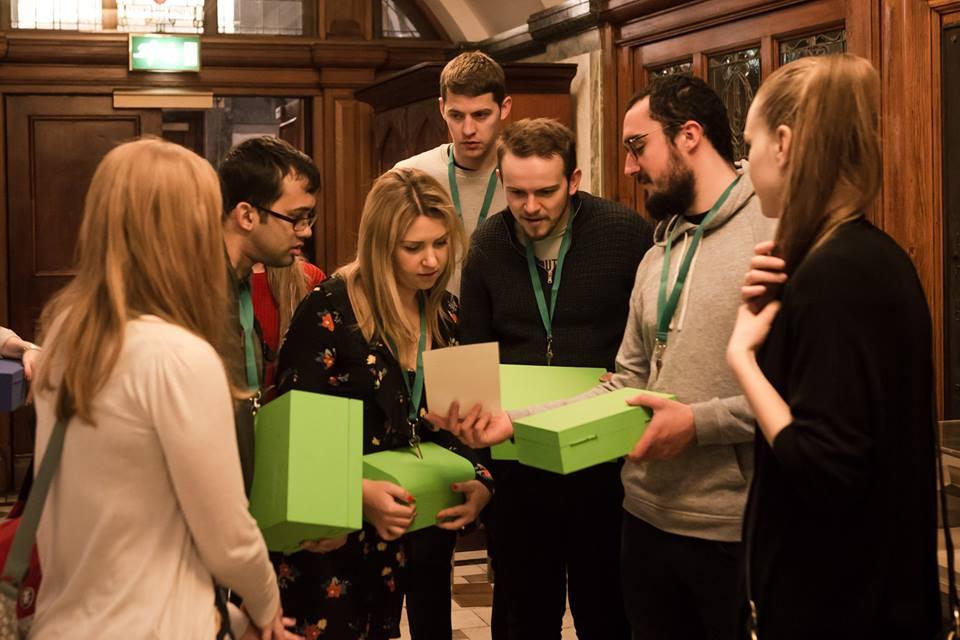 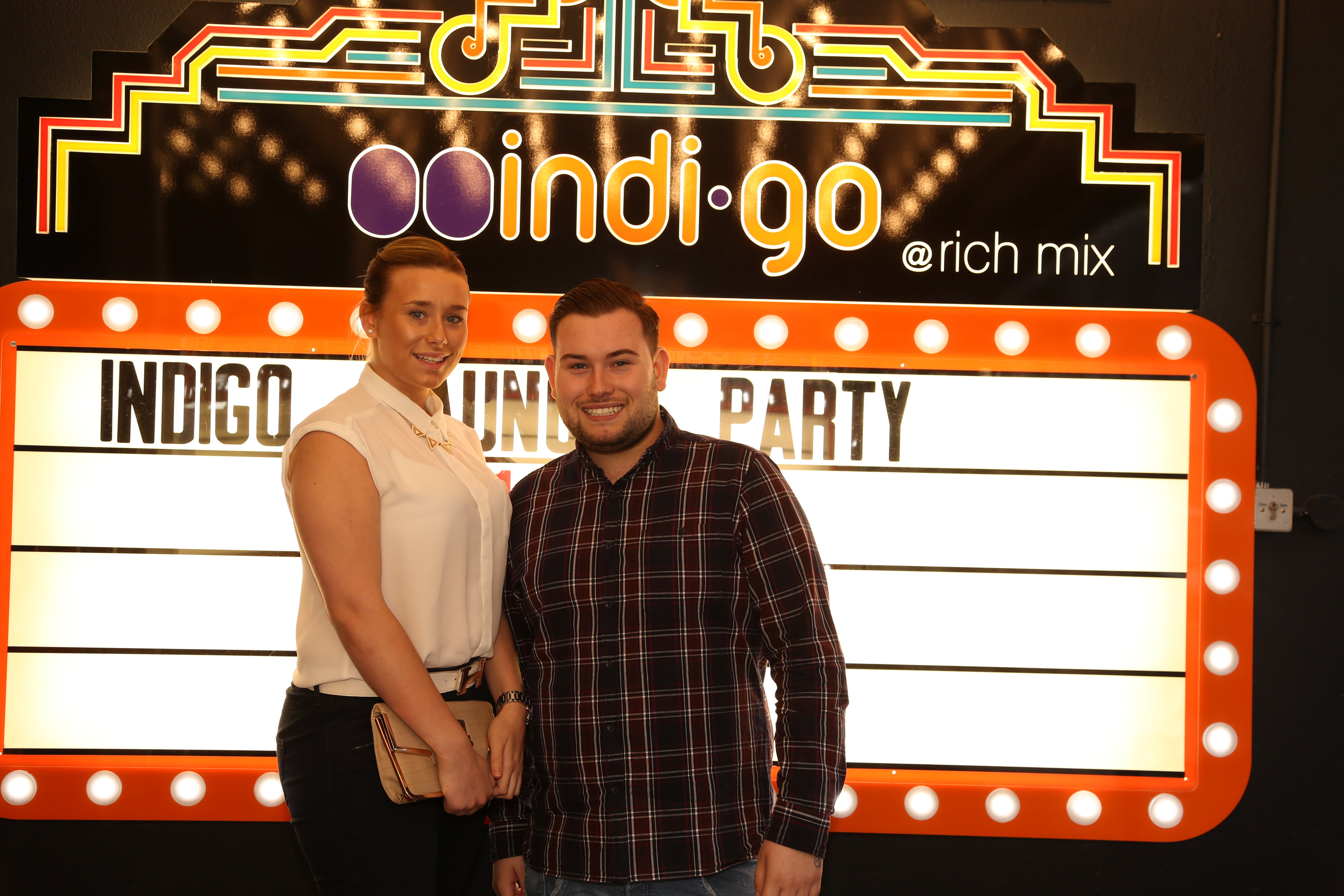