Happy birthday Number 90! The bar/restaurant with a canalside terrace turned two this weekend and threw a weekend-long bash to celebrate.

Hackney Wick, while one of the East London hot spots, is still a little sparse on the ground when it comes to bars, so luckily Number 90 is here to help with that. I’ve actually been to this place several times before – I often stop in for a drink before heading to an all-nighter in the area. For the Wick, it’s a little more polished than you might expect. It has its rough edges – brick walls and a raised area of slatted wood that feels a little shabby chic. But overall it has quite a ‘slick’ feel to it – it wouldn’t feel as out of place in Soho for example, as some of the other hipster bars.

I went to the first night of their birthday celebrations and the party atmosphere was in full flow. They were taking the opportunity to showcase their new menu which I have to say was on point. I had a chorizo burger – juicy chorizo served in a ciabatta roll which was exactly the right softness, covered in manchego cheese and aioli with some sweet piquillo peppers. 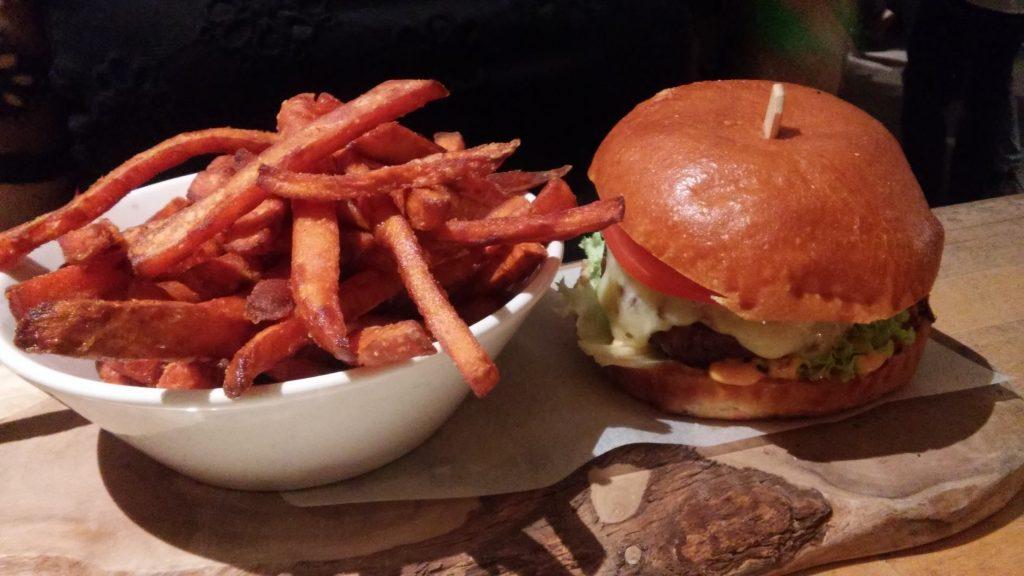 I decided to pair it with their mac and cheese which was just how I like it – oozy but not too liquidy, with a crunchy breadcrumb top. My friend had the regular burger which she said was very good – it was served with a sauce that reminded her of MeatLiquor’s dead hippy sauce – a pleasing blend of sweet and spice. The mound of sweet potato fries that she had ordered with it were a decent example of how to do them – they had managed to make them crisp. 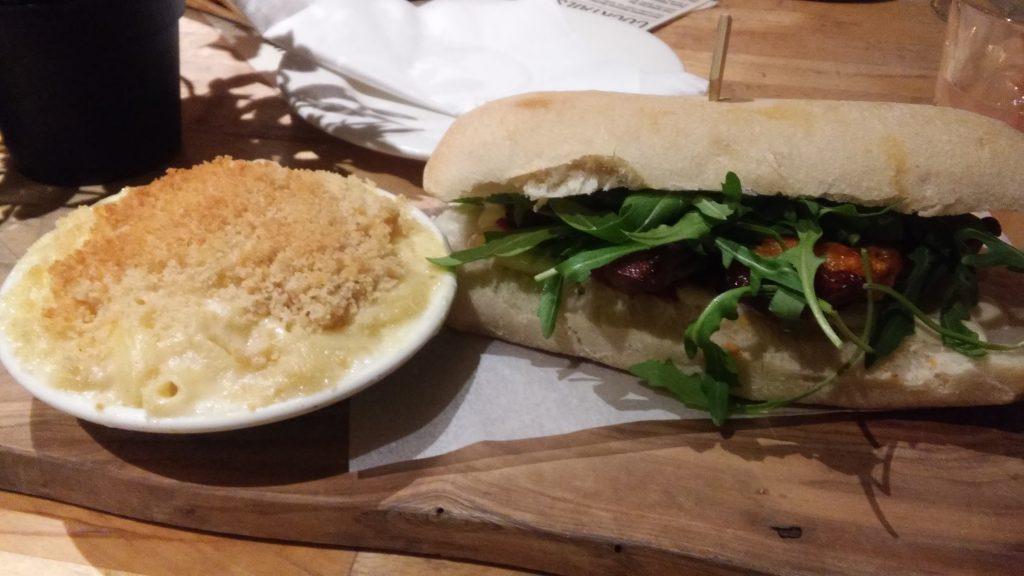 So the food I think makes it worth a visit alone, but it let’s not forget it is a bar and they do this side of things well too with plenty of cocktails on offer.

We had a cocktail each with our dinner – mine a version of a Paloma with spiced honey that went down a treat. We were happy to stay a while as Tom from Groove Armada aurally pleasured us and we shared a bottle of wine. Then the confetti went off and the sparklers came out as we wished the place a proper happy birthday.  Here’s to many more! 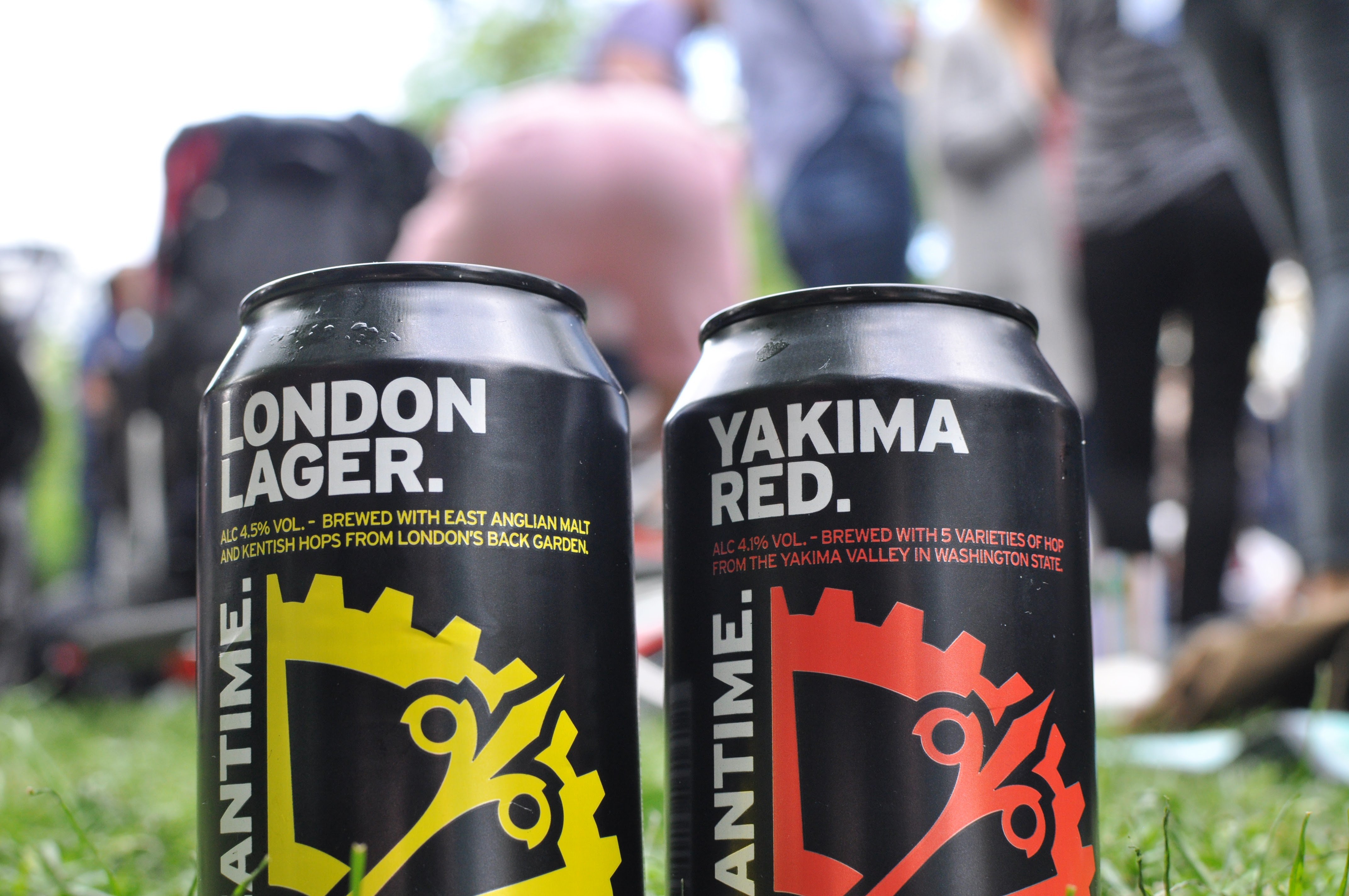 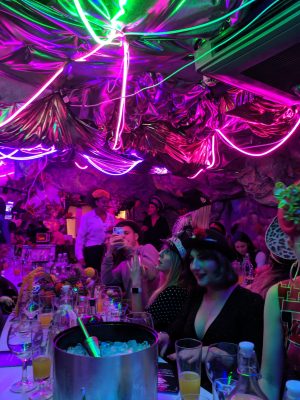 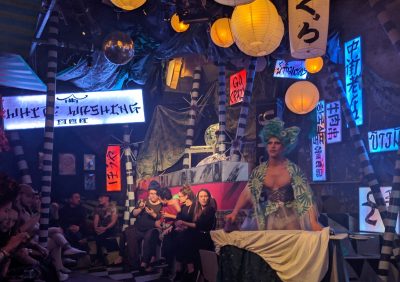