When you agree to meet a friend for lunch (it started out as brunch but got bumped later due to a lie in – it was a Saturday after all) and they suggest “one of my favourite places in London” you expect to be in for a treat.

In this case, we were heading to Joe’s Kitchen & Coffee House, Borough branch, which is handily right by Borough station. Described to me as a great place to go for a hangover breakfast, it almost felt a shame to be going with a clear head. At least the January weather had conspired to give me the same yearnings for some good hearty (though perhaps not healthy) food and a mug or two of decent coffee.

Joe’s at Borough is a fairly large, open venue with a lot of small tables of two to four seats. It’s a bright and welcoming space, but does give the impression you’re expected to be in and out quickly.

Service was prompt but not especially attentive but again, this was to be expected on a busy Saturday lunch time and fits with the general café vibe. Nor was it detrimental to the experience. After all, you’re here at Joe’s to get some food down you, and potentially discuss the antics of the night before. There was a lively atmosphere, and only started to get a bit quieter around 3pm when even the latest of risers have had their cures and got back to some semblance of normality. I suppose the noise levels are worth bearing in mind if your hangover has manifested as a migraine like headache…

We met at 2pm, so were ordering off the Brunch menu, though there is a Breakfast if you’re in a bit earlier or a main menu later on. There were also three specials available. The Brunch menu is full of typical favourites, including chip butties and bacon sarnies (yes I am northern), eggs any which way and of course pancakes. There was also the ubiquitous full English and burgers for someone keen to fill up on protein. Despite not actually having a hangover, I went for the Huevos Rancheros. Those not familiar with this Mexican dish of eggs, chilli and cheese should really give it a try, especially the morning after the night before. My friend went for the chicken burger, which was actually one of the few things she hadn’t yet tried.

Due to the business of the restaurant the food took a little longer than I anticipated, leaving me in fear for the runniness of my eggs! Fortunately, on arrival the food looked delicious, and the eggs had been whipped out from under those pesky heat lamps quickly enough so that the yolk oozed wonderfully once broken. Of course, if you prefer a solid yolk you’re welcome to ask (but you’re mad I tell you! Mad!). The addition of flavoursome and slightly spicy chorizo worked wonders with the egg, although the dish could have been served with a few more chillies for the heat. Fortunately there was a bottle of Tabasco on hand to bring things up a notch or two.

The chicken burger was fairly standard fare, nicely cooked and presented but without anything stand out. The bun was a little lightweight and prone to crumbling, especially after the liberal application of ketchup. Which anyone with a hangover is likely to apply!

Given that the name of the place was Joe’s Kitchen and Coffee House, it seemed best to order a coffee. I tried the Americano and Cappuccino which were both of a good size (I went for large) and high standard. Probably should have checked on the beans or something like that but I wouldn’t really have a clue what I was talking about so if that’s your thing, might be best to check the place out yourself! I did get a bit of “drinks envy” when I saw some of the milkshakes/hard shakes delivered to adjacent tables, and the DIY Bloody Mary kit looked like a bit of fun.

All in all, I had to agree with my friend that Joe’s is a perfect place for the morning after, the laid back vibe means you’ll feel ok about wandering in when you’re not quite at your best. The food was solid, if not spectacular, but that’s what you’ll be wanting. I’d certainly go again; all I need now is a night on the town as an excuse. Any takers?

Previous article Trapped. In a room. With a ZOMBIE! 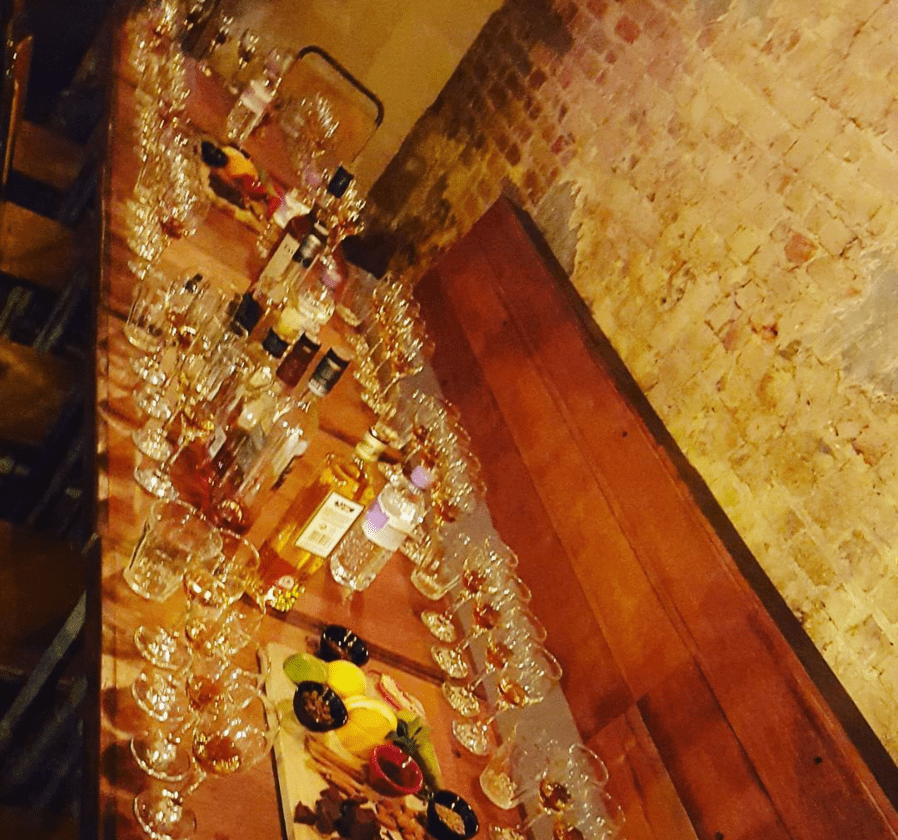 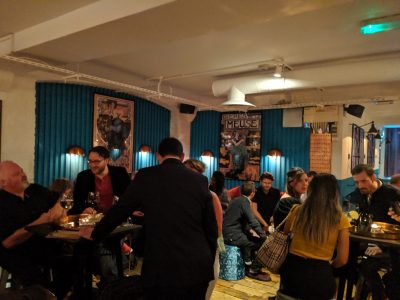 The Duck Nest – A grand new cocktail bar in Farringdon 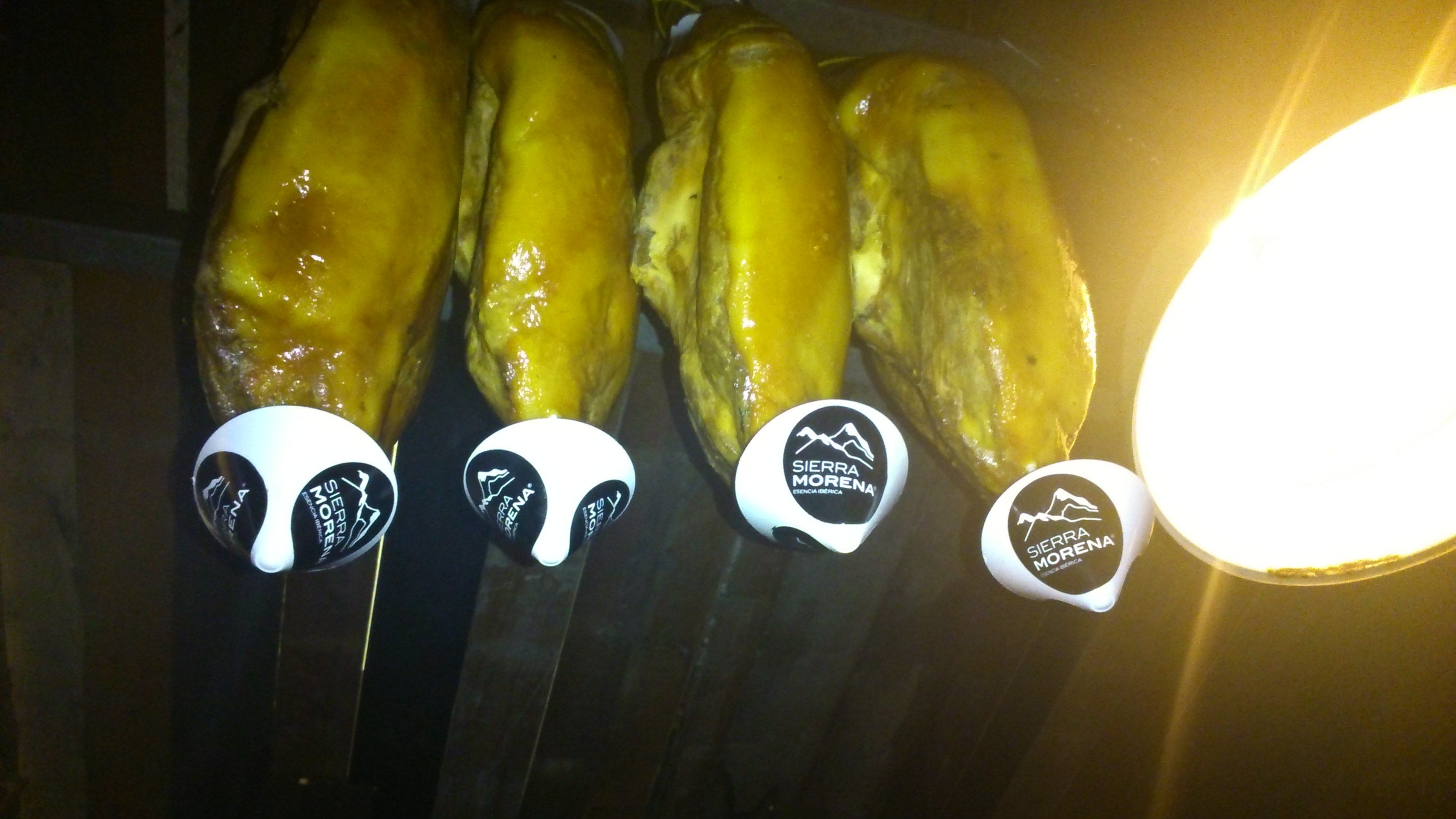 Bar Tozino – The first, the best, the only Jamon Bodega in London