Well when I say better than ever, what I actually mean is it better than last year. As I said to their team of lovely ‘partners’ on the opening night. “I really liked it last year, but it was a bit too commercial for me. It felt like a was always being sold premium headphones.”

This year, however, while there are still brands like ghd and eco sunglasses brand Parafina involved, the theme Roof Fest London feels more restrained. Signs for how far away Glastonbury and London sights both carry the theme and help give you a perspective of where you are. 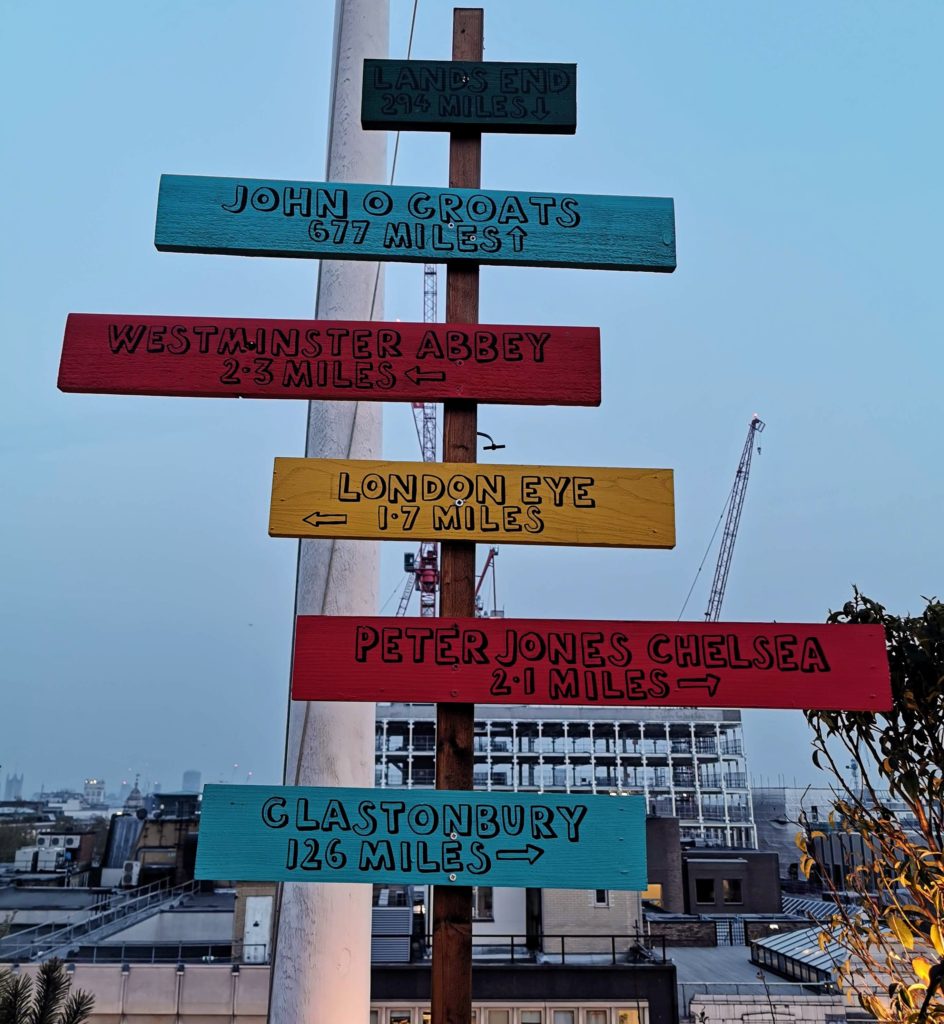 One of my favourite things about being on the John Lewis rooftop is that you could be anywhere in the world. It’s like a quiet oasis from the madness of Oxford street below, but if you want to poke between the foliage you can see over the rooftops of London, it’s admittedly not the best view. There are many other’s I’d recommend for ‘the view’ but Roof Fest London isn’t just about a view, it’s more of an experience.

Helping to bring that experience to life is the Caravan stage where DJ’s will be mixing away on a bespoke BBQ. Lot’s of little huts and nooks with seating gives guests privacy if they prefer it. 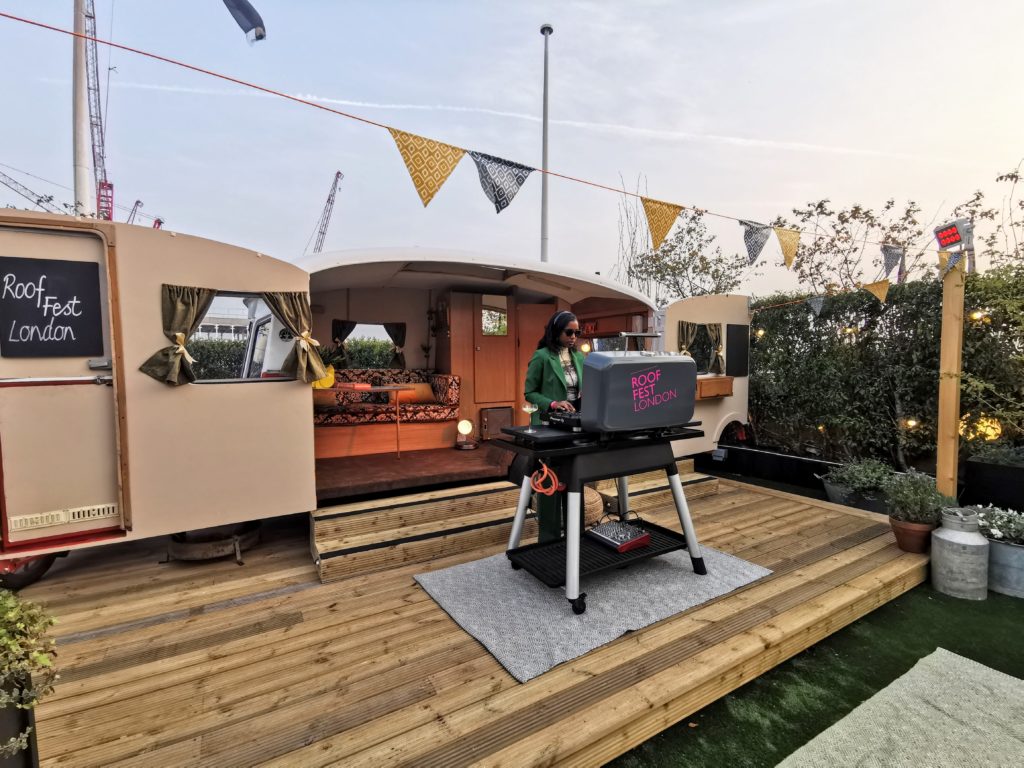 Food is brought to you by BBQ Dreamz who are presenting Bong Bongs, Filipino inspired street food by the ever lovely Sinead Campbell & Lee Johnson. The samples of their food sang, and I’m not embarrassed to say that their cauliflower was beyond amazing. So fresh, so tasty and I’ll be back to have it again 100%. 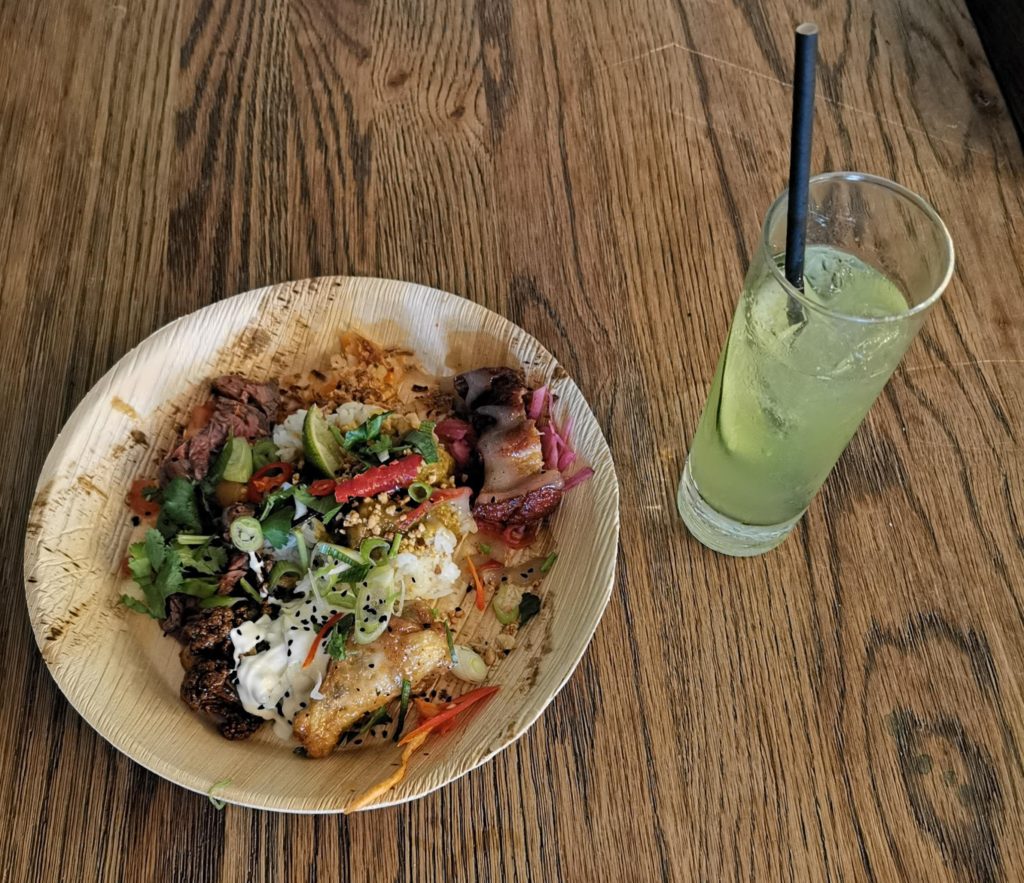 Drinks are being served by Background Bars and we tried the two main cocktails. The cucumber based one pictured above was refreshing and if you’re a cucumber fan you’ll love it. The rum-based cocktail was tasty, but not big enough for me. I stuck with Meantime Anytime, mainly in the hope that someone asked me if I wanted a drink and I could simply say “anytime”.  It’s a work in progress joke for sure.

Finally back to the sunglasses. To be honest, I don’t really do them justice, but the choices on offer were very cool.  I wish I’d gone for the really bendy ones for the durability, but while I liked the blue, the blue didn’t like me. Read our John Lewis roof garden review summary and score below. 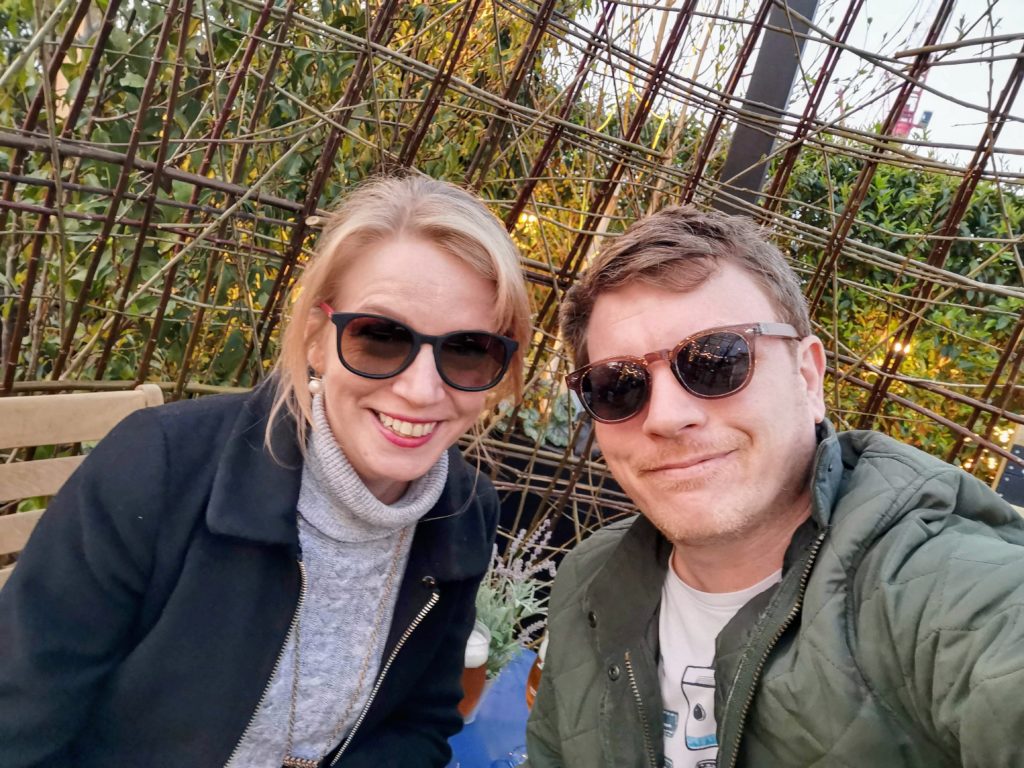 Roof Fest London is staffed by some wonderful people - Amanda especially who was incredibly kind and tending to patrons unprovoked, ensuring we were not only having a pleasant experience at the event but also confirming the customer focussed attitude that John Lewis extends with their partners.

Food - amazing! Delicious offering at the bar and restaurant. The cauliflower was the sumptuous star of the meal, but sweet chicken wings and pork belly tied for a deliciously close second.

Drinks - a limited but premium variety of beers of tap, and a few of the tastiest cocktails I've had at similar events.

Chinese food gets Unchopped at School of Wok