This was an accomplished performance by all those concerned. From the artists on stage to the venue lighting and PA – it was all flawlessly executed. It takes skill to translate emotions into song and Julia Fordham is a great translator. 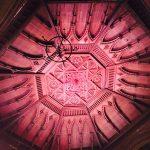 If you haven’t been to Union Chapel in Islington it’s a spectacular venue. The interior architecture, saved in recent years from demolition and restored to its former glory, is simply breathtaking. But as I joined an orderly queue of well-to-do bohemians talking about who should or shouldn’t be using their shared lounge, I wasn’t sure if Julia Fordham was going to be my kind of thing. Once inside, I made my way to the bar and restaurant where men in cravats and women in pearls talked of Andrew Lloyd Webber in revered tones. The congregated worthies were enjoying quiche, mushroom, quinoa & Stilton salad. I was starting to feel very out of place. 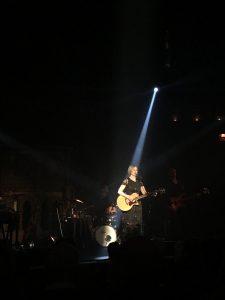 I retreated to the chapel, but wherever I tried to sit, coats reserved the pews like German towels reserve pool loungers while the owners enjoyed their quinoa and stilton upstairs, doubtless with port and gout. The owner of one coat was a little upset when he found me sitting in ‘his’ place but I simply shrugged my shoulders and watched as he hobbled with his gammy leg to the back of the hall. There was talk of strategy meetings in front of me and the stress of ‘investor on-boarding’ behind and I thought, “Oh God, what am I doing here?” God chose not to answer immediately. Or at all. Unless you count the start of the concert. In which case… oh, it was all becoming very theophilosophic. The concert started and I made a mental note that I was calling this a concert now and not a gig.

Julia Fordham looked good and sounded good. The concert was clearly going to be her showcase. The investor on-boarding team hadn’t come to see the band – they’d come to hear Julia Fordham. Her voice, her songs, her music. The concert was a personal communion from the start. The opening number, ‘Ingrid & Humphrey,’ was dedicated to her mother’s 50th Wedding Anniversary, and the lyrics touchingly related to her family – “She looked like Ingrid Bergman in her taffeta dress…” I saw the smiles on the faces of the audience and felt like I’d been allowed into the club for the evening.

This was a, ‘Live, By Request,’ concert. Fans requested songs on Facebook and she performed them on the evening. It was a great idea and undoubtedly added to the intimacy of the venue and the event. If you’re ever wondering how to pick your set list from a 26-year career, let the crowd decide.

It was, however, intrinsically sad music. Minor chords. Slow rhythms. Modulating tones. Melancholic. There’s no denying the talent or the artistry of the augmented, suspended and diminished chords, but it was a bit… blue. I found myself hankering for a major power chord riff – but that was just me because the audience was fully appreciative of Julia Fordham’s voice. She does have a considerable range, fluctuating from clear highs to very deep, moody lows. All beautifully understated – the harmonies, the acoustic lead, the percussive shaker and chimes. Shout out to the pianist and his harmonies. I’m all about the harmonies and this guy didn’t look like a harmonies guy. But he was. Bravo. 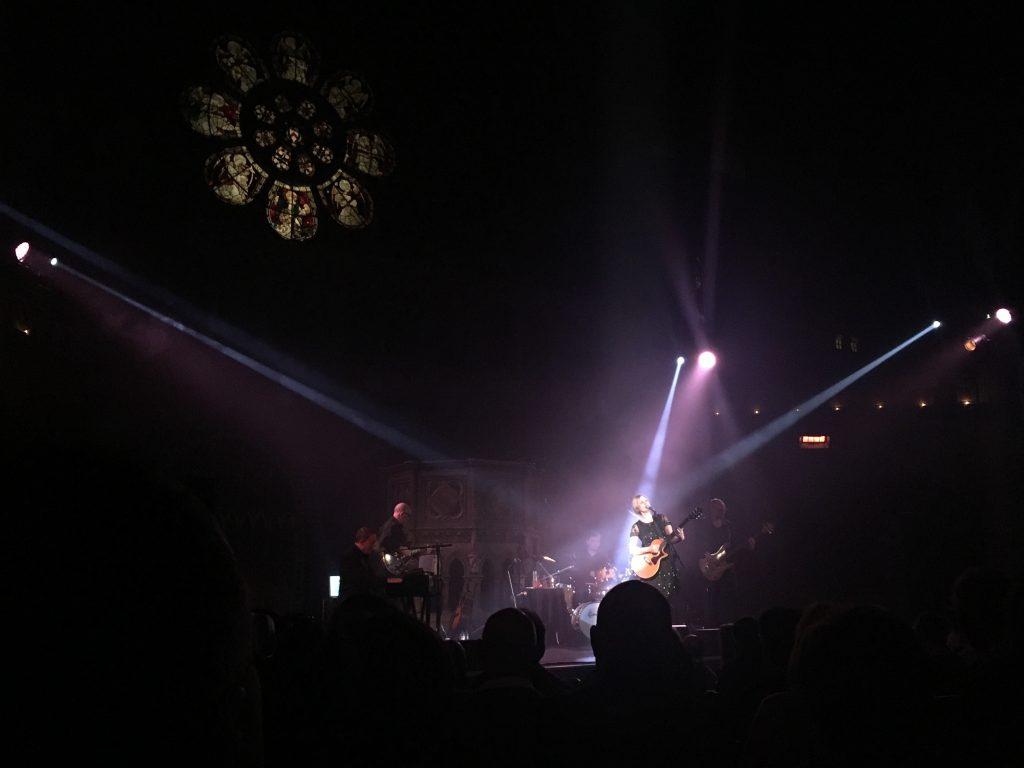 This was an accomplished performance by all those concerned. From the artists on stage to the venue lighting and PA – it was all flawlessly executed. It takes skill to translate emotions into song and Julia Fordham is a great translator. She does angst very well. I’m not sure I want to listen to it all night, but she does it really well. No one was singing along, but I saw at least 3 lips moving in sync. The guy whose coat I sat on was having trouble with his stiff upper lip, but his wife was definitely rattling her jewellery.

Dexters – ‘Recover’ Single out this Monday 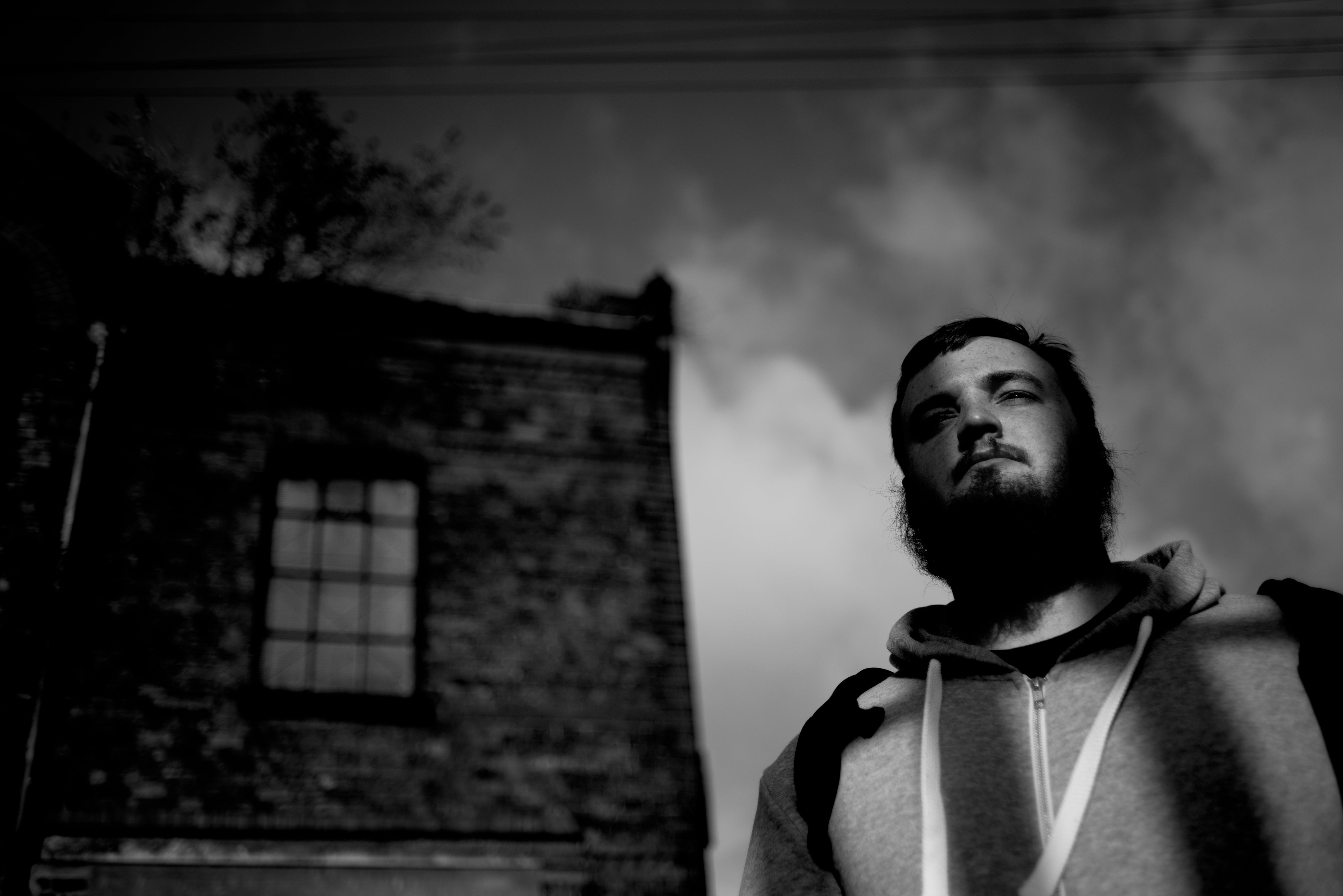 Liverpool comes to London to show it who’s Boss 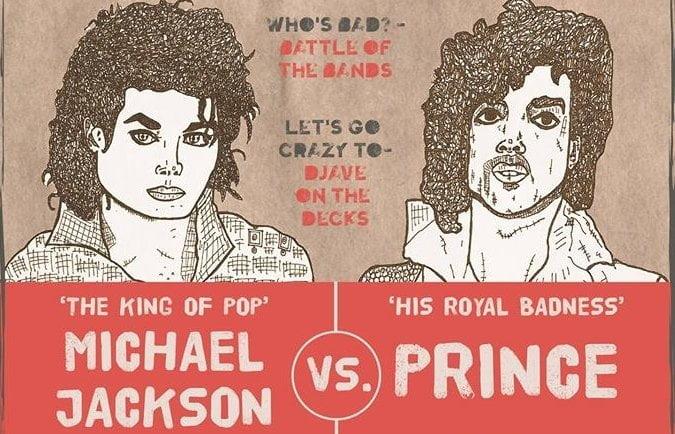