For the third time running 12 of London’s top chefs came together for one night on the 22nd of May. Armed with an amazing assortment of dishes they battled for ‘Dish of the Night’, with all attendees welcome to sample their creations and vote for the ultimate winner. Each ticket to the event came with 3 food tokens, one for one dish from all 3 categories, a drinks token, and 3 voting tokens to use to vote for your favourite dish (though sadly, without experiencing the other dishes from the category). All raising money for Hospitality Action and the ultimate aim of beating the £5,000 they raised in 2018. 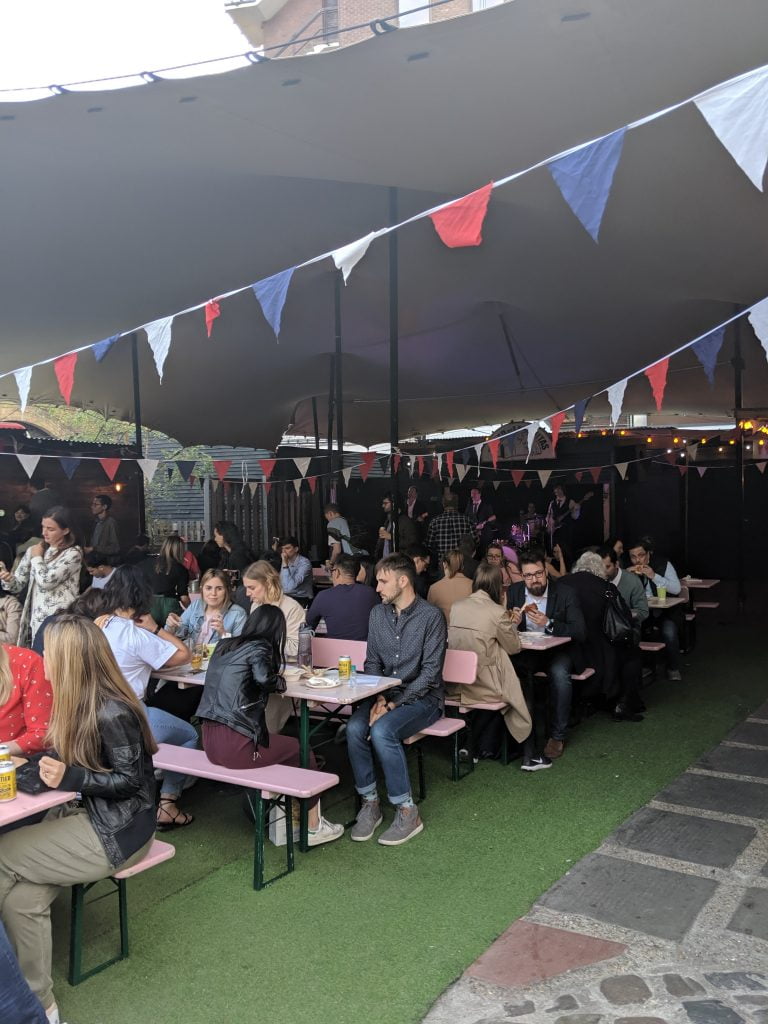 Once stepping into the Flat Iron Square one was immediately hit with the music from a live band playing a number of well-known tunes, quickly setting a joyful atmosphere, with the gin bar readily available on the left, of course being most attendees first stop. The drinks selection was unexpectedly extensive, with a number of different gin and tonic cocktails to choose from, split by the appropriate meat, fish, and veg team, courtesy of Tanqueray. Of course, the highlight of the event was definitely the food, and this year with a brand new ‘veg’ category, which hadn’t been a part of the event the previous two years. The competition was not only in terms of taste but in terms of presentation. Many elaborate concoctions were scattered around the square, with Pied A Terre dispensing its Kombu & lemongrass broth with carefully aimed syringes, and the Guns carefully placing its vegan corndog on a carpet of seaweed. Even when not eating there was always something to see. 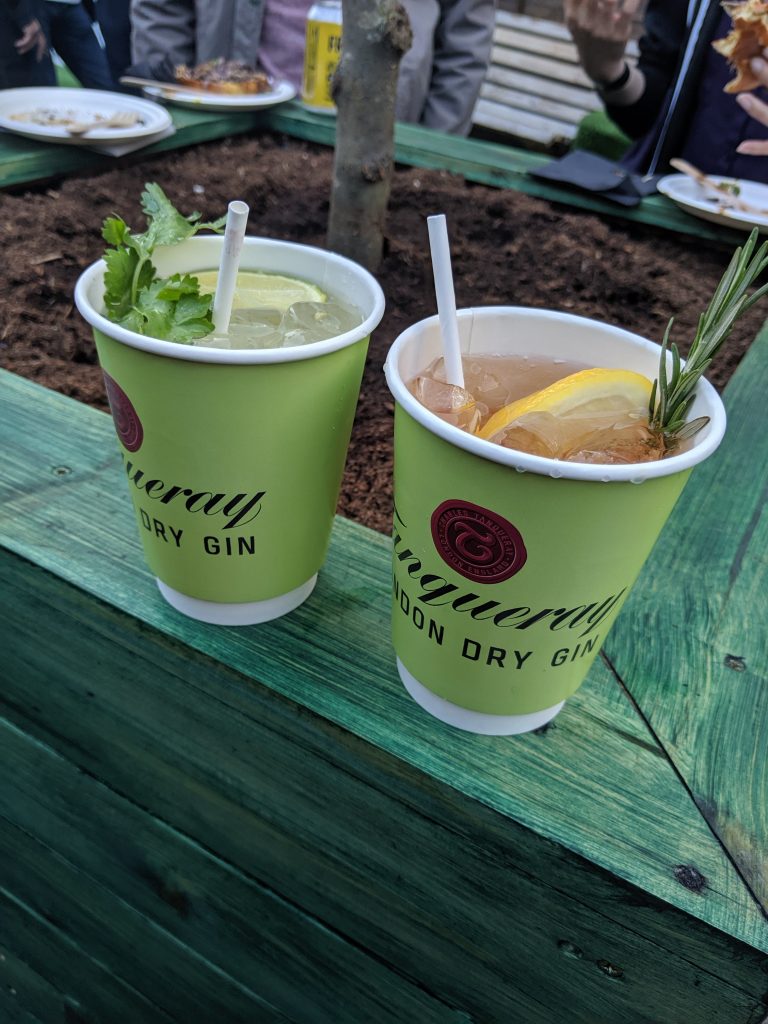 Despite the busy turn out and the queue to get into the venue, there was a decent amount of seating and standing space, with many friendships being formed in the queues for various items of food, forming a sort of camaraderie in the war against hunger. Some stalls, such of Hawksmoor, ran out of food rather quickly, only an hour into the event, however, this was not surprising as their above-average portion sizes made them a prime target for the horde of the hungry descending after a workday, giving them almost an unfair advantage over the other meat stalls. 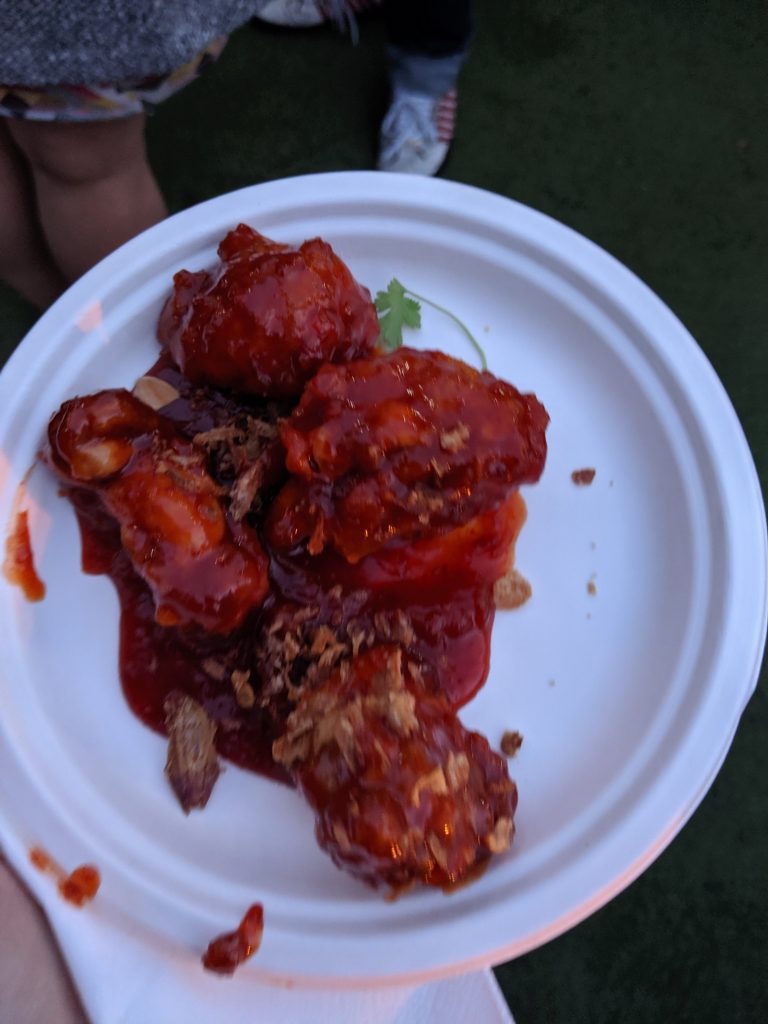 My personal winners in terms of taste were the hands down the Brixham ‘Black Gold’ Cuttlefish Croquettes with Sriracha Mayonnaise by the Wright Brothers and the Joo’s spicy Korean chicken with sesame, crispy shallot, almonds & coriander from Galvin at Windows. The cuttlefish croquettes were exquisite and melted in your mouth, not surprisingly the Wright Brothers had one of the biggest queues in the venue. On several occasions, the Galvin at Windows stall experienced technical issues however the queue never waned, with people determined to keep their place in the queue to sample the spicy fried chicken, and it was well worth the wait as well. 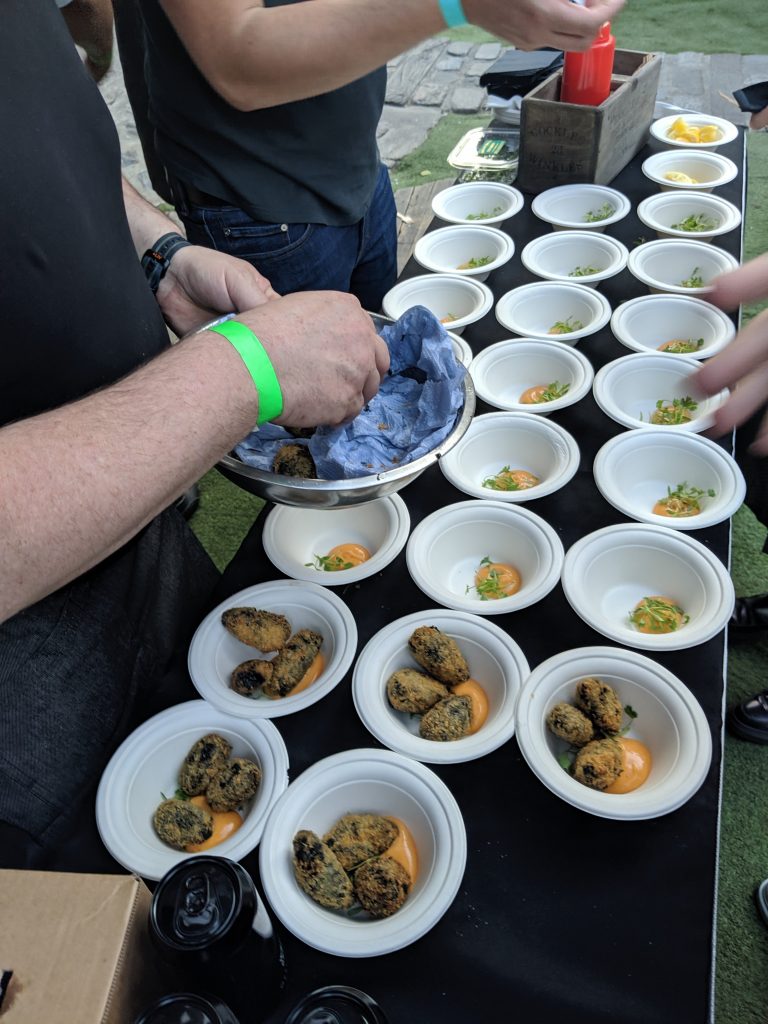 And the winner of the Fish vs Veg vs Meat in the battle of the chefs was… Yes, you guessed it. The winning dish by Michael Heins from Wright Brothers’ The delicious combination of Brixham ‘Black Gold’ Cuttlefish Croquettes with Sriracha Mayonnaise won the day.  Plus the annual contest raised more than £8,500 for Hospitality Action! BOOM!

All in all, it was a very fun event and well worth the money. Its a great event to go to with a number of friends, and sample a number of great dishes for a very decent price. 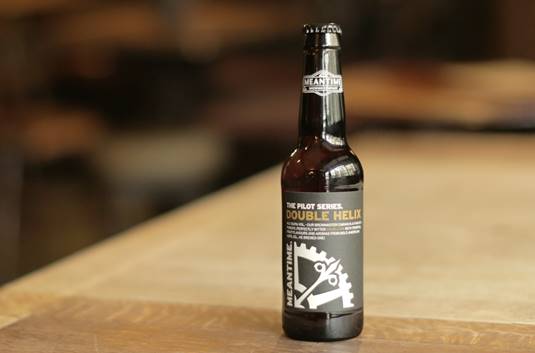