Just like buses you wait for ages and today two articles have come along at once. Apologies for that, but real life sometimes gets in the way – take it from me, it’s bloody annoying.

London and the UK (if not the Western World) is currently being covered with discussion on the relevance of the political elite, the breakdown of democracy and whether we need a change. Revolution is in the air.

It’s like the like the early-1980s again (wait for it, this tentative link is almost complete), a time when mod-revival was in full swing and the remnants of punk was still very much still in the national mind-set. In 1982 the Beeb broadcast the first episode of The Young Ones – and making an appearance at the end of that first episode with 11+11 were Mod-Blues-Rockers, Nine Below Zero (and there we go, welcome to the point). Now subject to a cult following across Europe, Nine Below Zero, courtesy of Universal, have rereleased their first three LPs – ‘Live At The Marquee’, ‘Don’t Point Your Finger’ and ‘Third Degree’.

“Is that all?” I hear you scream. Well, no. For all you fans of cult, 1980s, mod revival blues rock (you know who you are), there is good news. To coincide with the reissues, Nine Below Zero are embarking on a UK tour with the original band line-up of Dennis Greaves (guitar/vocals), Mark Feltham (harmonica), Mickey ‘Stix’ Burkey (drums) and Brian Bethell (bass) to perform a UK tour this autumn, including a show at the Islington O2 in November.

I’ll be honest, I’m gutted I won’t be in London for the show. Nine Below Zero and their influences are my bag and the chance to hear two classic alums in ‘Don’t Point Your Finger’ and ‘Third Degree’ is too good to miss. Nine Below Zero have graced the same stages as The Who and The Kinks, and more recently opening for Chuck Berry in London, and that is endorsement enough.

Nine Below Zero play The O2 Islington on 19th November 2014.

Next article Counting The Cost Of Homes, Morals And Culture 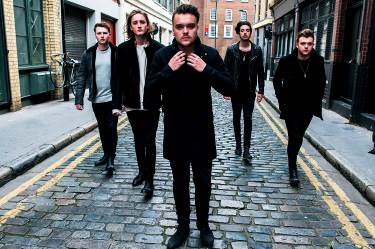