Back in my late teens and early twenties my favourite haunt in the West End was undoubtedly Moose Bar on Duke Street, by the side of Selfridges. Entry was free, happy hour ran late, the drinks were strong and (with cocktail goggled glasses) the men were hot.

One day I woke up in my twenties and Moose Bar was gone, replaced by a club called Après with Sloaney Pony’s reminiscing about ski season and an unwelcome entry fee. I went once but still in mourning over Moose Bar I never returned.

Après has now turned into Noir W1, a bar (which you don’t need to pay to get into) focussing on quality cocktails and late night snacks which are more than just peanuts and olives. People have the option of enjoying cocktails in the upstairs lounge or partying till the early morning hours in Noir’s downstairs Frolic Room (which is not a Fifty Shades of Grey dungeon).

The cocktail menu is host to a list of intriguing cocktails and even more intriguing ingredients such as candyfloss, almond milk, beef (yes beef!) and shitake mushrooms (yes mushrooms!). On our first round of drinks I started safely with a Coquette, a sweet strawberry concoction with a candyfloss topping. My partner opted for a Chinatown which kung fu-ed the taste buds with ginger and yuzu. What I enjoyed was that the bartender had really done well to make a point of highlighting every ingredient listed on the menu.

To start off round two we ordered a selection of bar snacks which included tempura battered prawns, mushroom and taleggio spring rolls, chicken skewers and pan fried beef gyozas. The food isn’t mind-blowing but it is undeniably tasty and completely moreish as far as bar food goes. I was disappointed not to have tried the oxtail nuggets that were on the menu however as my visit was during the tube strikes I can only assume that the oxen couldn’t make their way over due to the lack of transport. Damn the unions!

We indulged in a few more of Noir’s cocktail portfolio. I chose the Conflicted Hero, persuaded by the name and the little image of Batman next to it. It was absolutely excellent but can understand why it was conflicted as it was really a Negroni in disguise. My partner chose a Glitterati hoping he would find some glitter in the toilet the next day; the taste was slightly forgettable and it needed far more glitter for it warrant its name.

The last two cocktails were accompanied by another order of food which was apparently compulsory once my boyfriend saw a pizza being served at nearby tables. We ordered one with chicken and jalapenos which came out very swiftly. The pizzas are no Franco Manca but they deliver flavour and are very fitting for the bar. They’re thin and crispy making it substantial enough to line your stomach and light enough to have alongside a night of drinks. The last thing you want on a night out is bloated stomach and face full of greasy pizza dough.

To end the evening I finished with a Mr Vice Guy which wasn’t what I expected at all. The drink, if ever drinks had a gender, was effeminate in appearance. The pretty peachy coloured,-foam topped-cocktail looked like a French Martini. The drink, which I thoroughly enjoyed, is certainly deceptive and should certainly be renamed as Pretty and Punchy because if ever you need a catalyst to hurry the evening along, this is it.. My boyfriend finished on a Valento, a cocktail with rum, Pimento Dram (a rum based liqueur), mango, lime and guava all served in a wooden head which is either supposed to be a Mayan or something off Easter Island. Gimmicks always make me sceptical but it was surprisingly delicious and tasted rather like an alcoholic version of Yakult.

If you ask me whether I would go back, the answer is yes. I will definitely be returning to experiment with the other cocktails, one day I may even be adventurous enough to get the Blood Lust which has dry aged beef and shitake mushrooms listed on its ingredients.

Overall Noir W1 is a welcome addition to the cocktail scene in London’s West End particularly around Bond Street where after shopping drinks establishments are a bit lacking. The cocktails are a little pricey but well worth it- they don’t hold back in creativity or alcohol for that matter. Well worth a visit if you’re in the area. 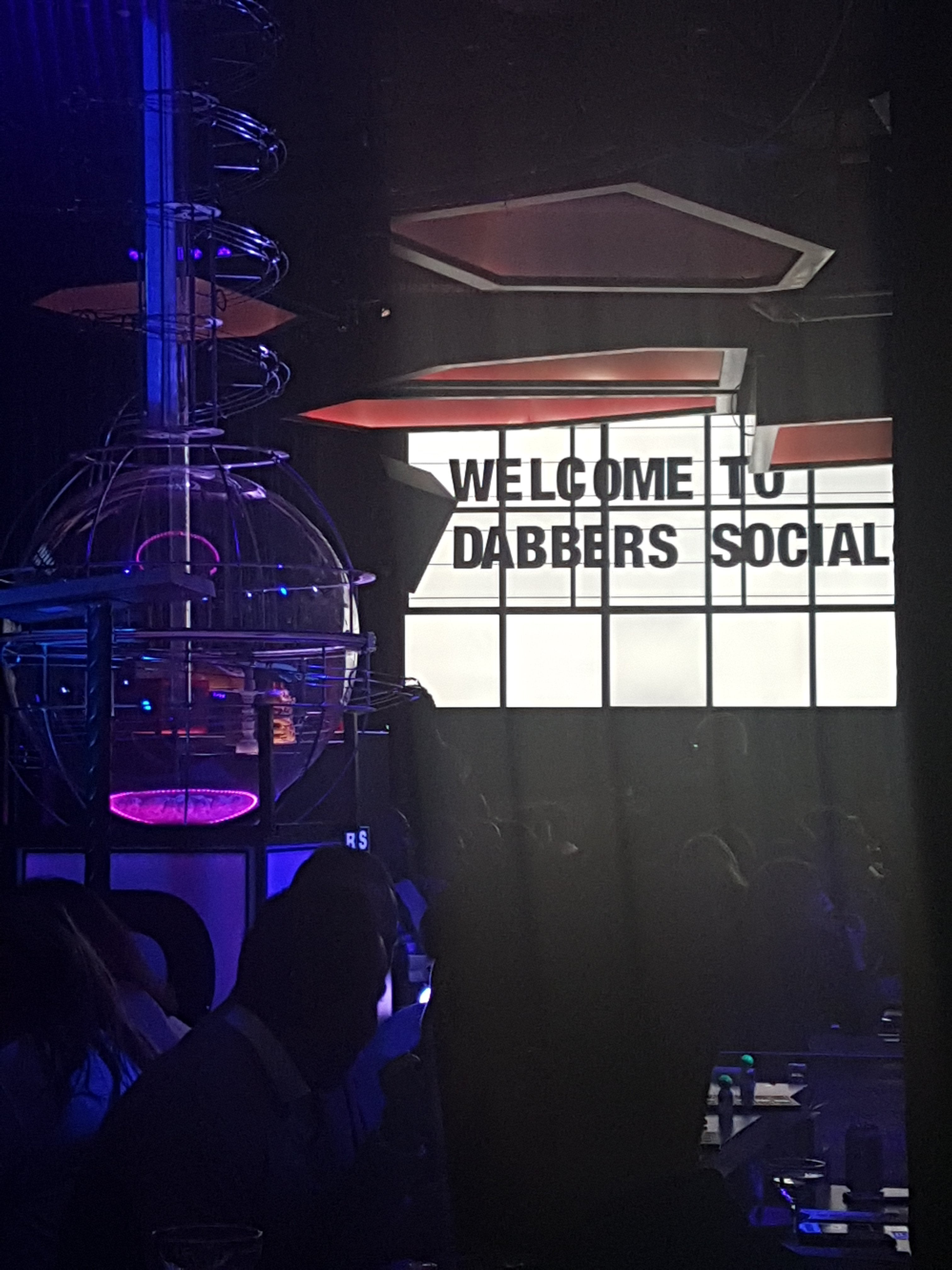 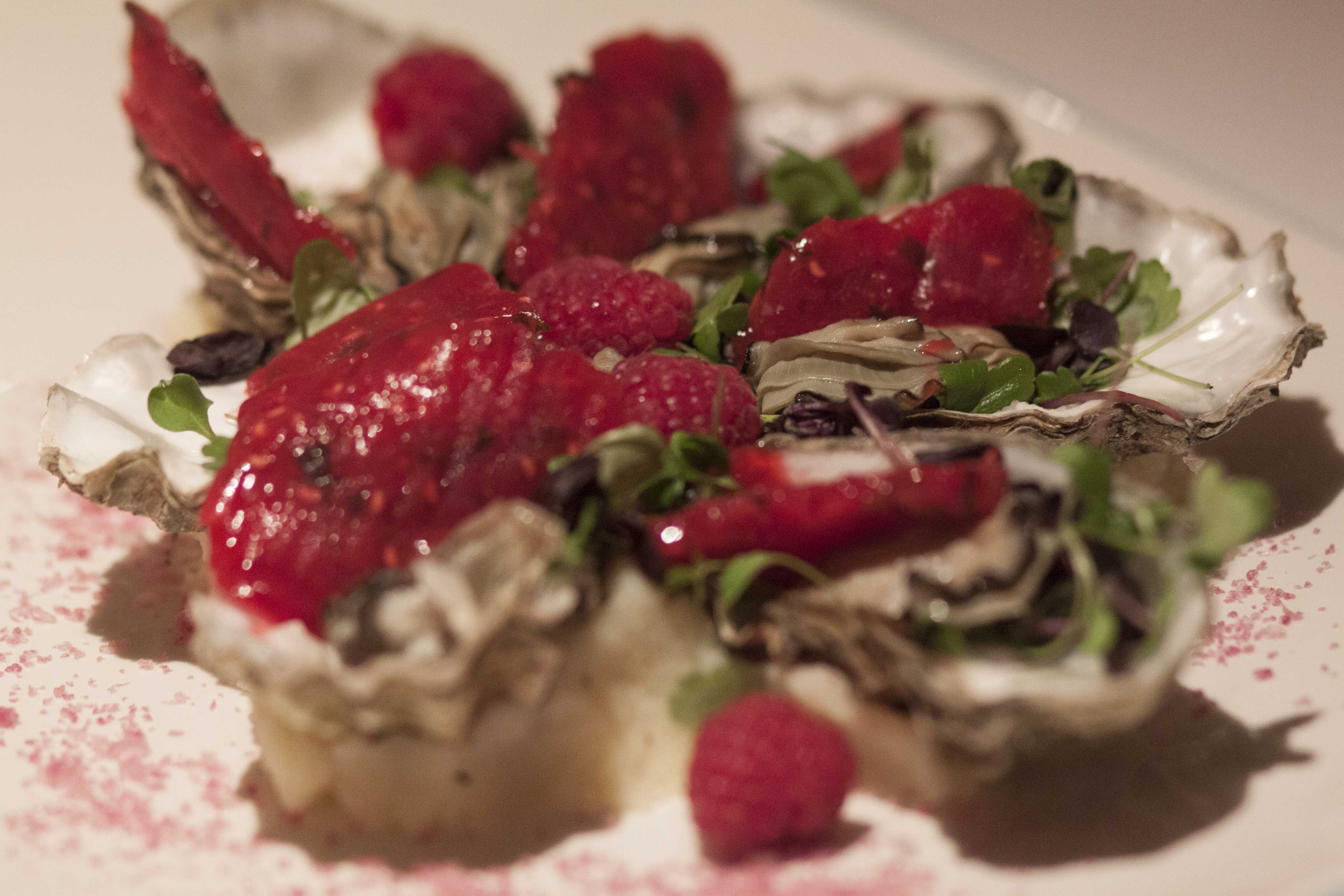 Fancy something dishy this Valentines? The ‘Valentino’ Oyster could be for you! 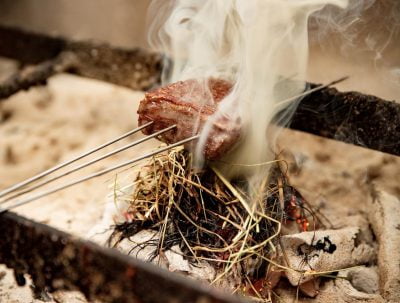