Racing in London is just a few train stops away

No matter how much we love London it seems we’re always trying to find ways to get out of it.

In fact, the capital’s easy access to other parts of the country and even other countries is part of its appeal.

Yes, we have the culture and the cuisine but even in the best city in the world, we can’t have it all. Happily, whatever we want is just a stone’s throw away. So LDN Life decided to start looking at some of the places you could head to as the weather starts to improve.

If we want fish a chips by the sea, we can head off to Whitstable for the day.

When our farm fresh fare from Borough Market isn’t hands on enough, we can pick our own at Garsons Farm in Sussex.

And when we need to escape our own city’s clutches for a long weekend, we can succumb to the lure of someone else’s on a last-minute flight. It’s Paris, Barcelona, Rome or bust.

But it turns out London has a wealth of race courses on it’s door step so we though why not start there. As it would seem for race goers, there is no better place to be than London. It turns out there are no less than six premier courses less than an hour’s train ride away, there’s always the chance to trample the turf.

On big race days like Royal Ascot or The Derby, London train stations are heaving with dapperly-dressed gents and chicly-clad ladies battling to get a seat on over-crowded carriages.

But racing isn’t all about top hats and fascinators, there are plenty of regular meetings held throughout the year that give racing fans a chance to stretch their legs away from the city’s hustle and bustle.

And as if the thrill of thundering hooves racing towards the finishing post wasn’t enough excitement, there’s plenty of other things to do at the races than, er, race.

Towcester – 30 minutes from Euston to Milton Keynes or Northampton plus a short cab ride.

This March, Richard Farquhar begins a 13-month challenge to walk from one race course to the next in aid of Pancreatic Cancer and Racing Welfare.

Each leg will end up at a different course and will culminate with Richard literally walking the course to the finishing post.

Trainers, jockeys and owners are expected to join him as he navigates his way through the final few furlongs and crowds of well-wishing race goers will be cheering him on.

The walk begins on March 20 from Newmarket. Three days later, Richard will arrive at Towcester 70 miles away. Catch up with him there or check out his itinerary to find out when he’ll be arriving at London’s other race courses. 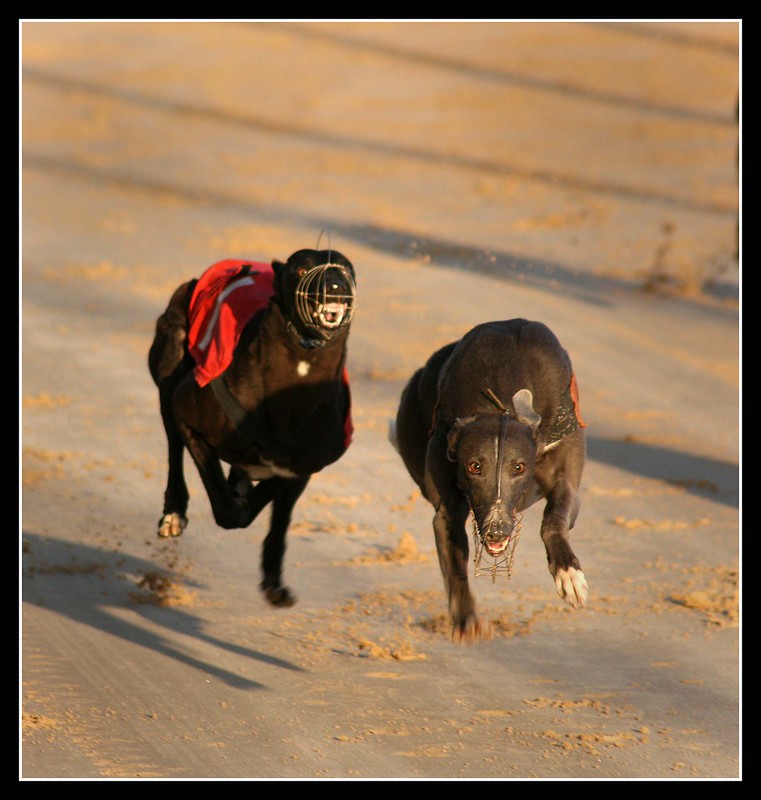 On the subject of Towcester, they also run regular greyhound races there every Friday and Saturday night, plus Sunday afternoons if that’s your thing. Admission is free (as it is to conventional horse racing meetings) or you can supersize your visit with a good value hospitality package including drinks, food and a race card.

Apparently you can even get tips on buying and training your own dog.

The course is best known for Royal Ascot in the middle of June when £5.5million of prize money is up for grabs. But that’s cheap change when you consider that horse racing punters will place bets totalling £400 million over the five-day festival.

In the past, they’ve backed household names like Black Caviar and Frankel and this year it’s hoped a new legend will be made.

But there’s more to Ascot than great racing. Like most courses, Ascot runs regular themed days to attract people through the gates who wouldn’t normally consider themselves race goers.

Its Prince’s Countryside Fund Raceday on March 29 is a case in point. Alongside the usual race card there will be lots of countryside themed events to keep children entertained and to raise awareness of the charity that supports people who live and work in the country.

Kids can learn where their food comes from and there’ll be demonstrations of traditional crafts and skills as well as pony rides, a petting farm and face painting.

Highlights include the Lamb National, when sheep replace horses on the course, and a falconry display.

Sandown Park’s premier enclosure is one of the country’s finest – largely because of the spectacular views towards the capital.

Its Tingle Creek Christmas Festival in early December is one of jump racing’s highlights.

But you don’t have to be a racing aficionado to enjoy Sandown’s delights.

As part of Jockey Club Live, a summer of live music and racing, you can enjoy a day of great racing followed by a night of cracking live music from none other than the Kaiser Chiefs.

The August 6 concert is one of several organised at various race courses across the country. Alongside the Kaiser Chiefs, this year’s headline acts include Kylie and that London musical institution Madness.

The concerts are included in the price of your racing admission and, over the years, have proved incredibly popular. Not only do they give fans the chance to see their idols outside the usual sold-out arenas and stadiums, they also attract people to come racing even if they’ve never considered it before.

Epsom Downs – just under an hour from Waterloo or Victoria

Madness play here on July 9 and tickets are already selling fast. The ska band, famous for Baggy Trousers, It Must be Love and their number one Our House have been long supporters of the music at the races movement.

They last played Epsom in 2010 when they treated a capacity crowd to 15 of their top ten hits which, incredibly, span a career of five decades.

But, of course, Epsom is most famous for The Derby which is the highlight of the two-day festival on June 5 and 6. It’s regarded as one of the greatest flat races in the world and made household names of champions Shergar and Galileo. This year, jockeys, trainers and owners will be looking to repeat the success of last year’s winner Australia.

Just 16 miles from the heart of the City, this is London’s premier racecourse. Opened in 1878, it is now one of Europe’s busiest race courses and stages meetings throughout the year.

It’s most famous for the King George VI Chase, which is run every Boxing Day as part of the Winter Festival.

But it’s the course’s proximity to London that gives it the edge and makes it an unusual choice for a first date.

Not only is it close to home, but trains run every half-hour on race days and the station is at the course itself so there’s no need to worry about wearing comfortable shoes.

And you don’t have to miss out on a candle-lit atmosphere because from late spring to early autumn Kempton runs regular evening or twilight meetings – a perfect combination of racing and romance.

The Panoramic Bar and Restaurant offers an exquisite menu – no chicken in a basket here. Think duck and black cherry pate, fine sirloin steaks or a Tuscan sharing platter.

On top of that you’ll enjoy splendid views of the course and the certainty that you’ve created a memory of a date that your partner will never forget.

There are 21 race meetings here between April and October but there’s a near weekly event that gets the crowds flocking. The official Brighton Racecourse Car Boot sale. Held every Sunday, unless there’s a clash with another event, the sale is hugely popular with sellers and buyers alike.

Car booters love the ample space that the course provides and the surroundings are lovelier than your usual community recreation ground.

So, pack up your pennies, jump on a train and spend the day finding treasure in other people’s junk.