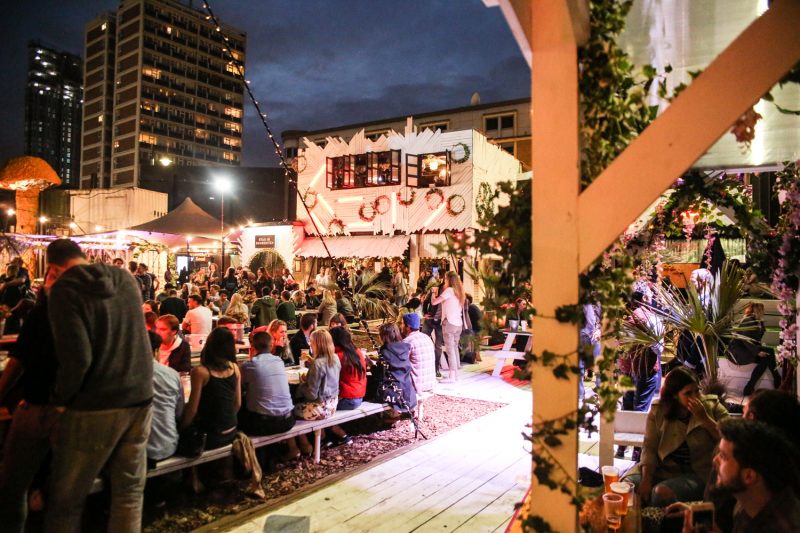 It was always on the cards, the clue, of course, was in the name, yes it really is the last days of The Last Days of Shoreditch and it’s finally time to say goodbye after 8 long and eventful years.

Located in a formerly derelict 30,000 sq ft space on the intersection between Shoreditch and Old Street, Last Days of Shoreditch and Red Gallery have fostered and celebrated a community of creativity and collaboration for the last eight years. Where it has spearheaded a movement that has helped make East London the cultural and economic powerhouse it is today. It’s also well known as a place of fun and entertainment in East London, with ever-changing themes. This summer was The Enchanted Garden, which filled the space with a tropical beach area, swinging hammock beds, a tree-house, specially commissioned sound installations and more. 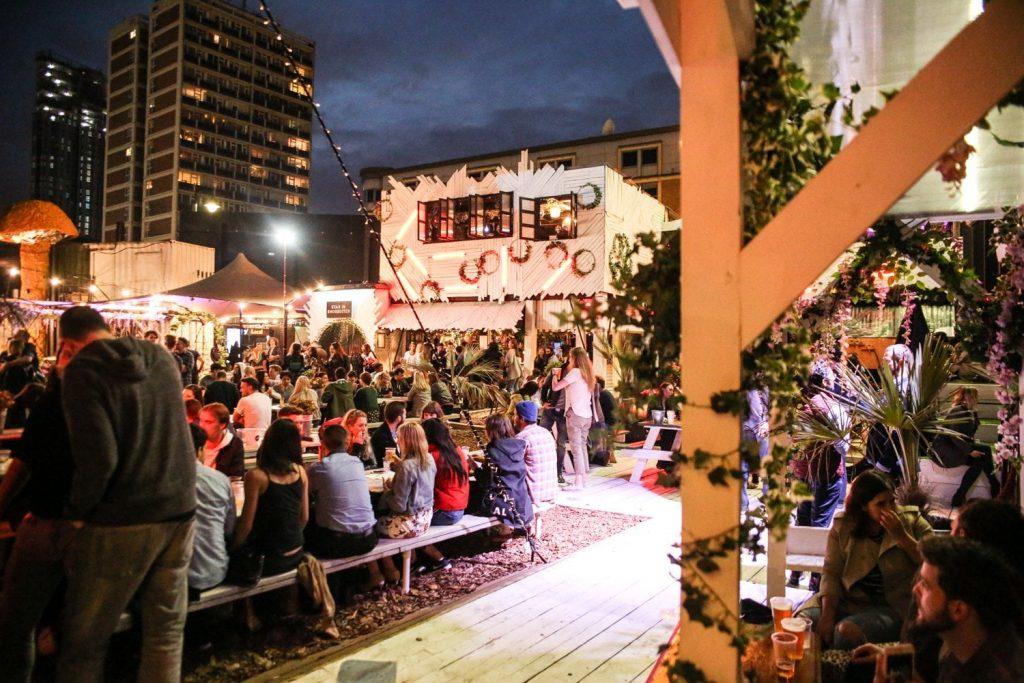 There’s a sense of irony that this now iconic venue is to be replaced with a swanky hotel, more so after we spoke to Ernesto, the founder and CEO of Red Gallery and The Last Days of Shoreditch (Watch the full interview with Ernesto above). Some of his first memories of Shoreditch were back when it was practically impossible to get a pint of milk in 1991, you had to get a bus to a petrol station. It’s hard not to notice the difference, as Shoreditch is constantly evolving and growing almost like a living thing.

So while Ernesto has been building spaces since he was about 14, and this arguably is his most successful to date, he’s not sad and feels it’s time to move on. They’ve had a great run after all. That said, he seemed genuinely surprised by the outpouring of support and sadness at what is the end of an era.

I doubt he would call the hotel that will replace its progress, and nor would I, but it’s far from a surprise either. You can tell he’s happy with the run they’ve had and I doubt he would have called it the Last Days of Shoreditch if he knew it would last so long. Yet the name feels more poignant now than it perhaps did back then.

The sad truth is that big money and large corporations are drawn to the very places that they often end up replacing, or put out of business. That’s not to say that Ernesto hates them, far from it. He was very positive about the many he’s worked with over the years. Many of the things they have been able to do has been possible because of such collaborations.

Does he feel that the success of what he and others like him have been able to achieve in East London (not forgetting, of course, the great team behind he’s had behind him), has contributed to the draw of money Shoreditch and the gentrification? It’s a side effect for sure, but it’s much better to have had these things, than not at all.

Making a space that welcomes families as much as ‘lads on the town’ and making it work is no mean feat, but somehow The Last Days of Shoreditch have achieved this. Though many will likely know it for the big DJ’s, amazing art, constantly evolving art and that giant yellow mushroom which he’s still very fond of. 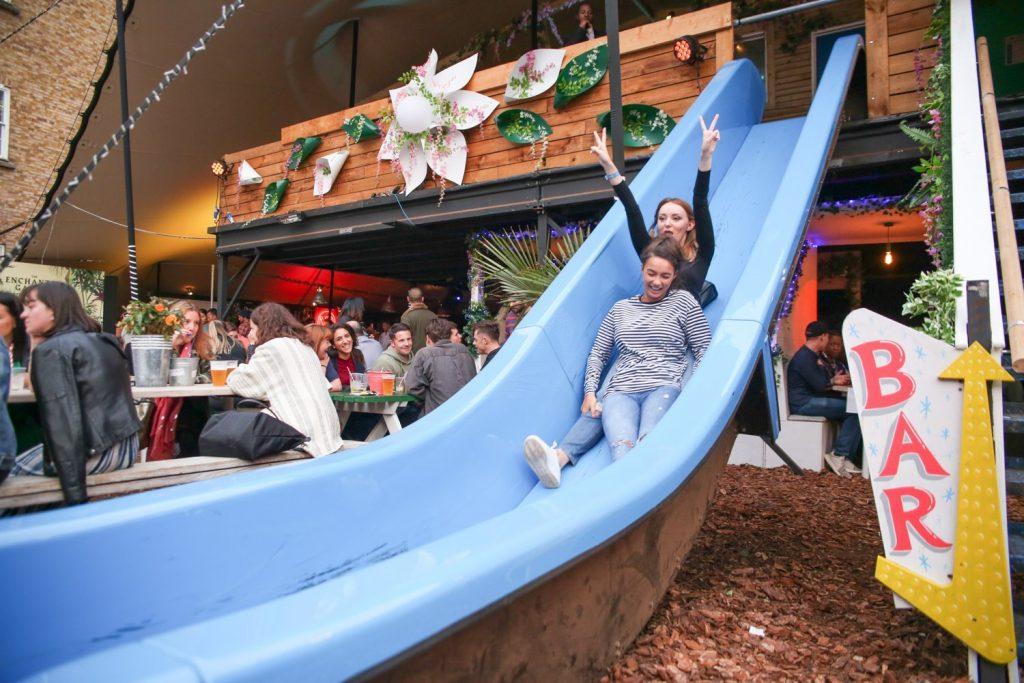 For me, it felt like an oasis from the crazy and seemingly relentlessness of Shoreditch. Within minutes of walking through those doors, the life outside peels away and no longer matters. There are a few places that I can think of that has that effect.

What about the future of Shoreditch? Ernesto was a bit more downbeat, the money men lack the culture or thinking beyond just the money. They need to do more to soak it in and understand what makes Shoreditch tick. Whatever they build or open needs to tap into that. Just another chain restaurant or hotel does nothing for the area and it’s not what it needs.

For his next project, he wants to go bigger and have more of a focus on performing arts. While he didn’t say where exactly, he spoke enthusiastically about going further east or northeast, where he believes that there are huge opportunities to build and invent new spaces.

I for one will be sad to see the doors close for the last time. It’s not actually the last days of Shoreditch, perhaps more the beginning of the end. One thing’s for sure, it will never be the same, but that’s okay because for all it’s many positives and negatives Shoreditch never stands still. It’s always evolving and means many different things to different people!

I’m looking forward to what he does next and I’m hoping it’s bigger and better. So raise a glass to an institution, either there on the last day (Sunday 29th July 2018) or where ever you might be.

Join them for fun, food, drinks and Funk & Soul and House Music. £5 per ticket.

For more information visit The Last Days of Shoreditch website

Next article Get your Vegan on @ ‘V For’ Festival this August 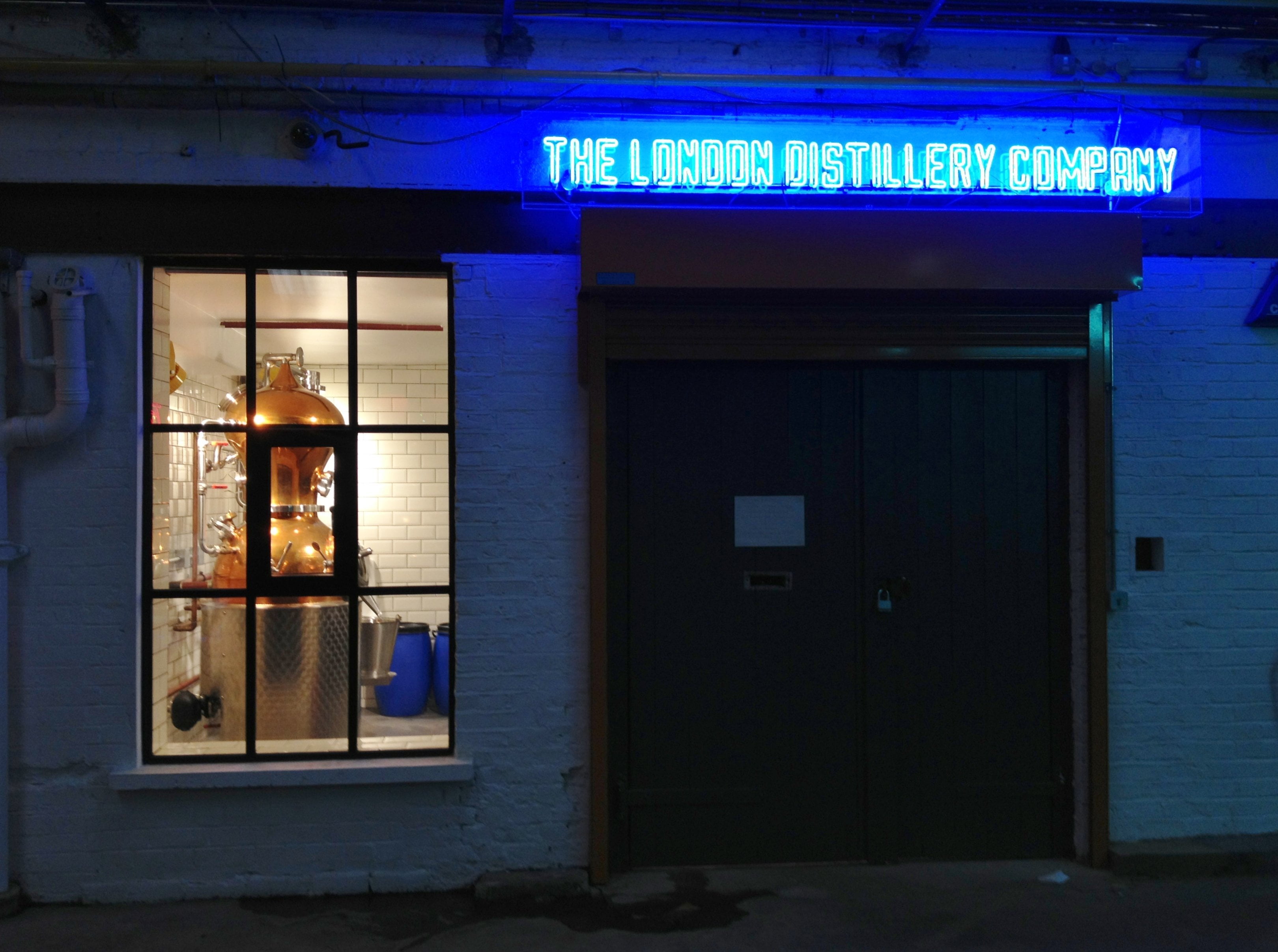 This sunday, why not lunch neapolitan style? With Donatina’s kitchen and The London Distillery Company 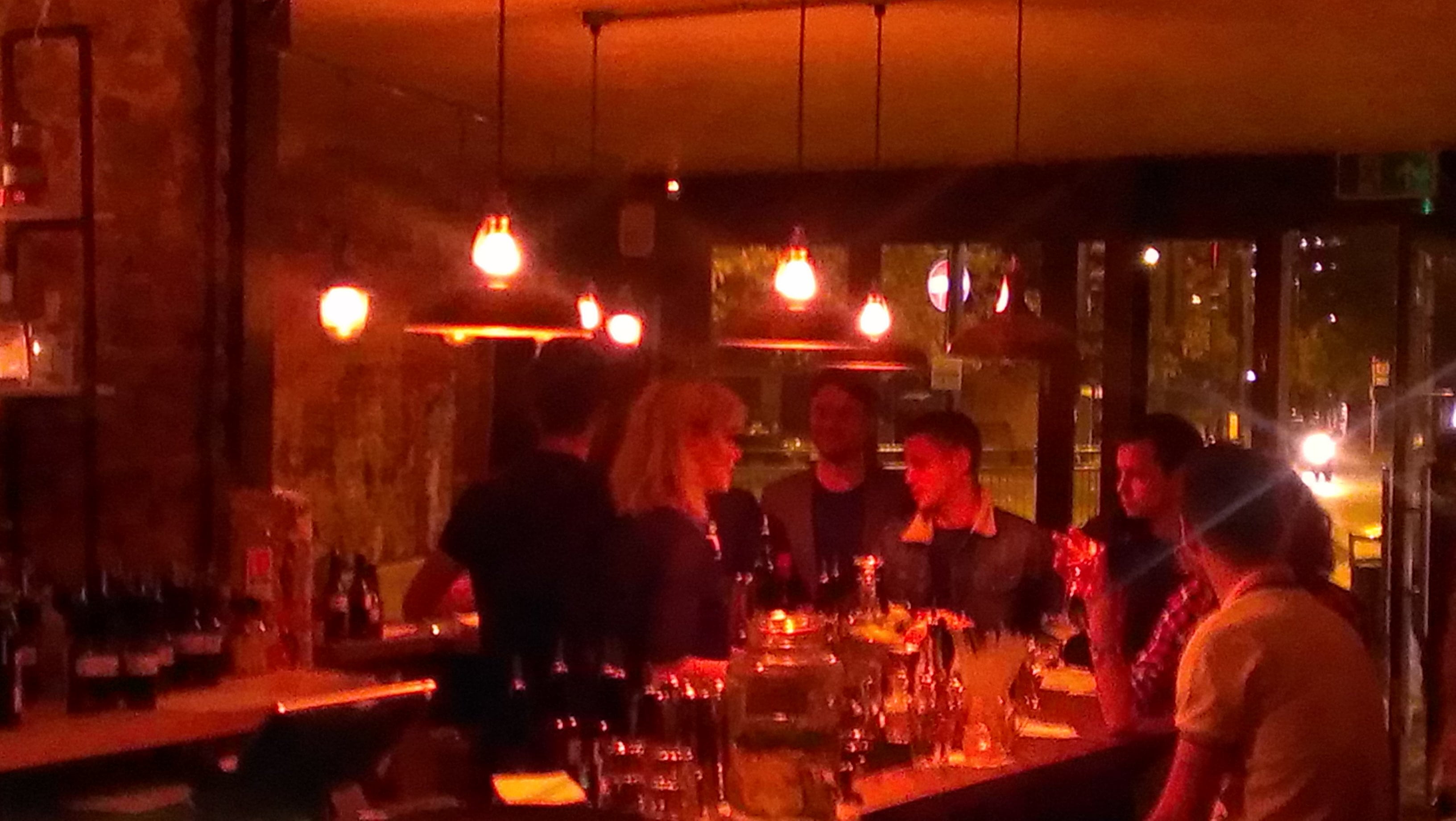 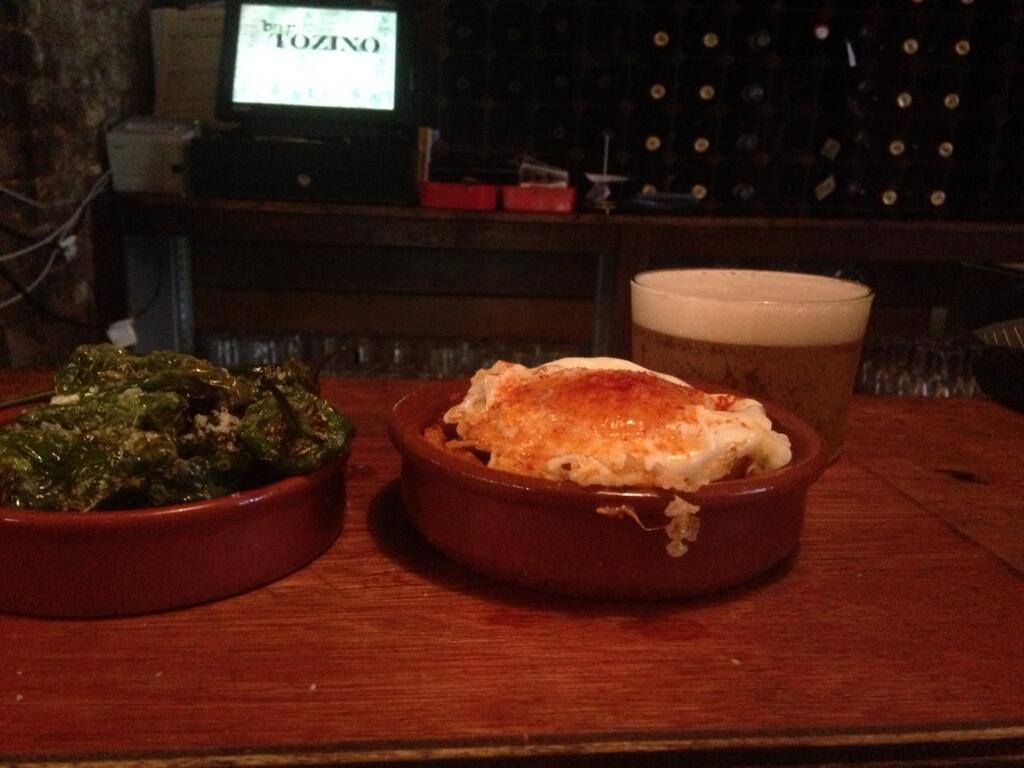