Vegan Month at Town House at The Kensington – Review

The luxurious Town House restaurant at The Kensington has launched it’s vegan menu in honour of world vegan month. The menu ties in classic British dishes like rice pudding and seasonal soup with worldly flavours like curried coconut and miso glazing. My boyfriend Tom, newly pescetarian, and I, a long-term vegan, decided that tasting this new menu would make for a great date night.

Nestled in the heart of one of London’s most desirable neighbourhoods, Town House is located on the corner of two of London’s iconic thoroughfares, Queen’s Gate and the Old Brompton Road. The restaurant itself is spread across three classically designed drawing rooms, with a smooth, quiet ambiance.

For starters I recommend the warming red lentil soup sweetened with cranberries, a beautiful rendition of a winter soup that I hope to recreate for a starter at Christmas dinner. Tom opted for the hummus and pitta which, though enjoyable, is a safe choice for the unadventurous.

The Mains serve as the highlight of the meal. All three options sounded delicious and proved difficult to choose between. Eventually, I was swayed by the Curried Coconut Quinoa. This dish was hearty and healthy, with a fragrant blend of spices. The cauliflower was roasted perfectly and added a meaty taste to the plant-based dish.

Tom ordered the Ratatouille which was deliciously rich and sweet, he was particularly impressed with the miso-glazed roasted Roscoff onion which he nearly pushed to the side to ignore.

Despite looking modest on the plate, I was surprised as to how filling these dishes were. This helps to break down the misconception that vegan food can leave you hungry.

For Dessert, it was tempting to taste the aquafaba meringue, which Bake Off viewers will remember from ‘vegan week’, but not enough to draw me from the rice pudding. The cardamom rice pudding was spiced excellently, championing the warming tastes of Autumn. Whilst the poached pear served atop was a bit too tough, this was still a wonderfully delicious dish.

The chocolate chia pudding marries bitter cacao nibs and smoked almonds with a gently sweetened chia pudding. My boyfriend, unfamiliar with the taste of chia, wasn’t keen on the texture of the dessert. Whereas I thought it was a beautiful blend of flavours and a delightfully light dish to end the meal on. 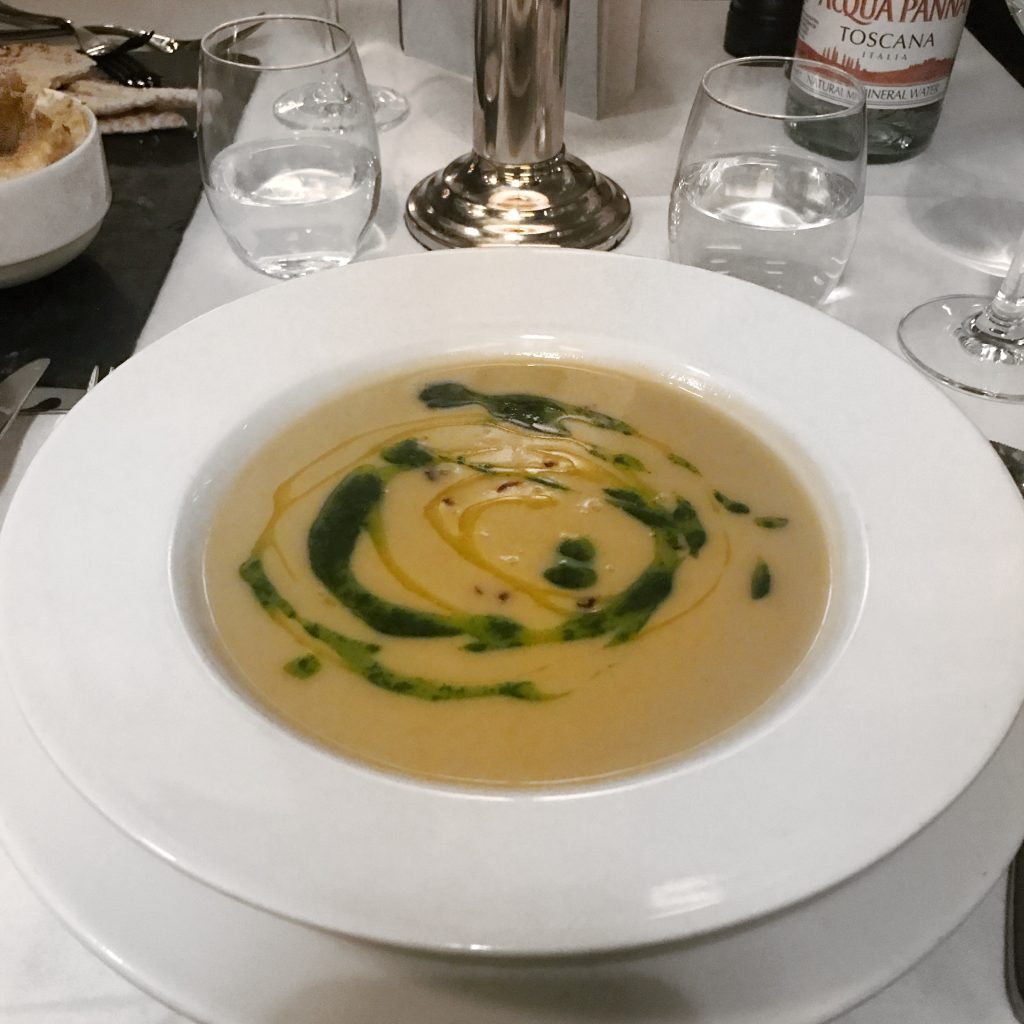 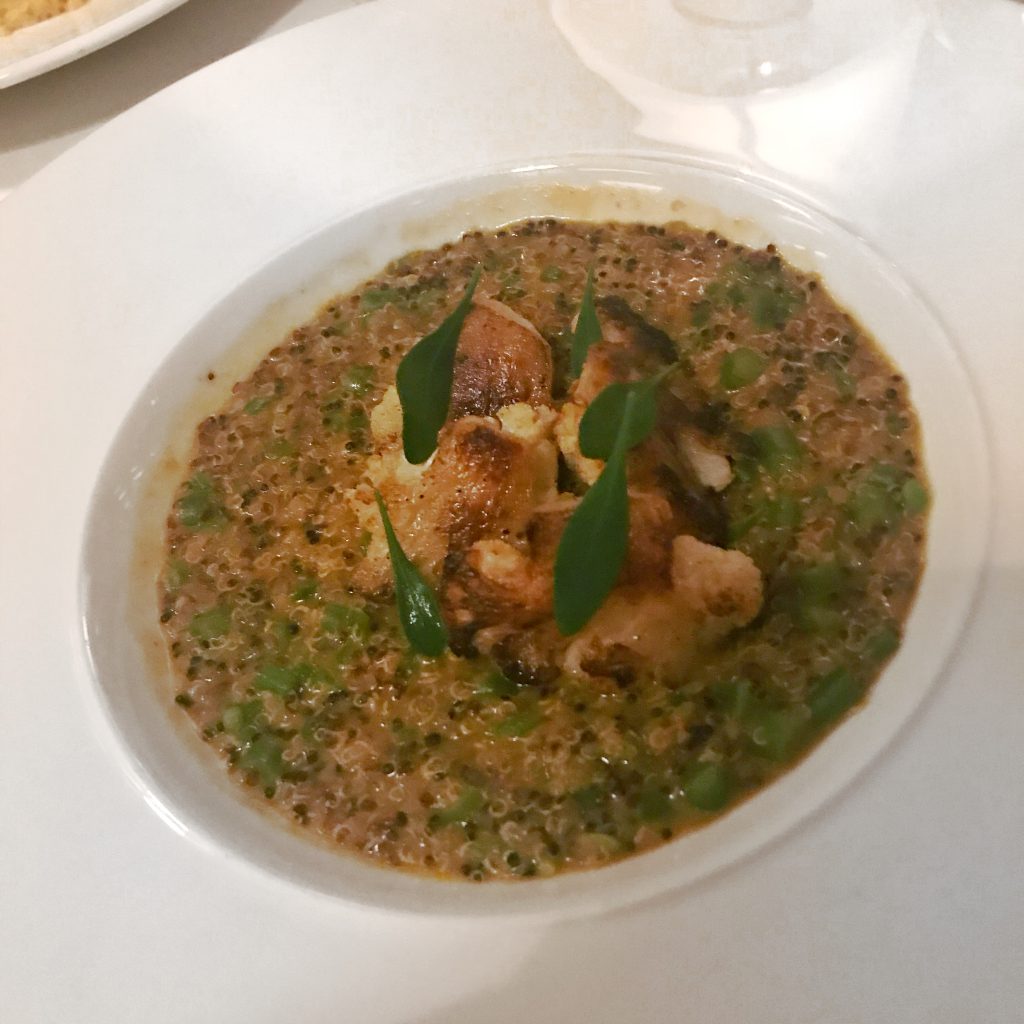 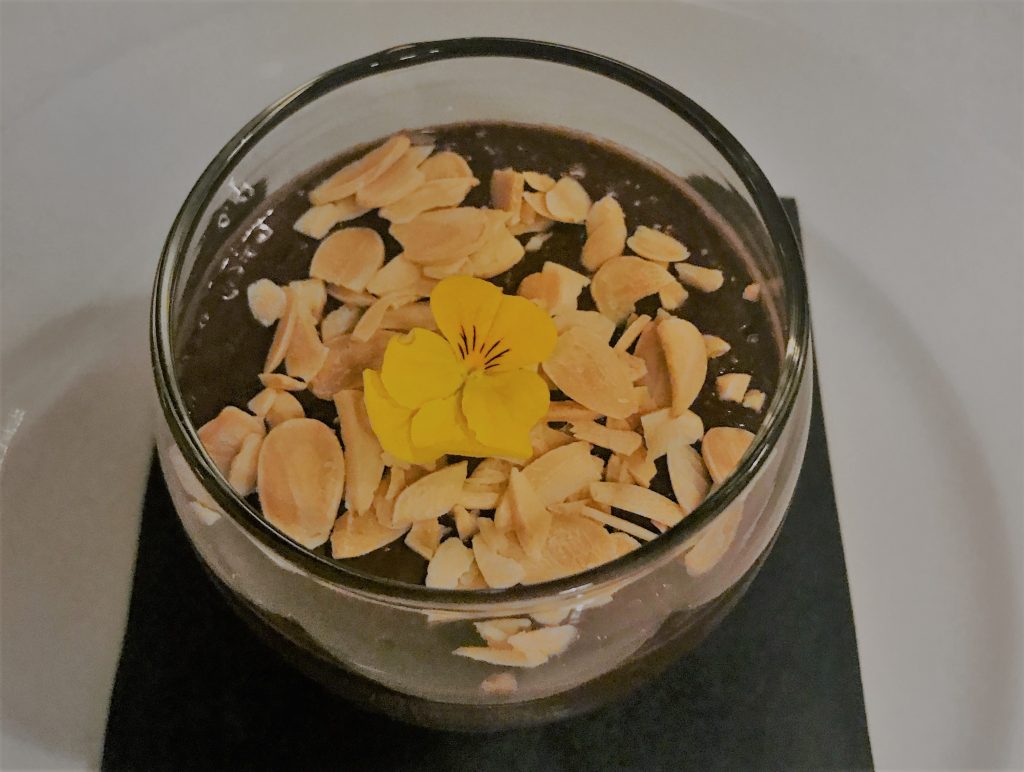 I was very impressed with the quietly warm, romantic ambiance with low lighting and soft music which was perfect for an evening date. The menu has some delicious items, championing vegetables and winter tastes, but doesn’t offer anything particularly innovative in today’s competitive vegan scene. I wholeheartedly recommend trying out this menu on a romantic date night as we did, or coming here for a fancy family meal but not for the latest and greatest in vegan food.

My name’s Nicole, I’m a twenty-four year old with a passion for all things vegan. In my spare time I’m often exploring the events of London. I’ve been vegan since 2007, so I’ve managed to pick up a few tips in the last decade, which I’d love to share.
Website: http://www.veganbynicole.com/
Posts created: 12 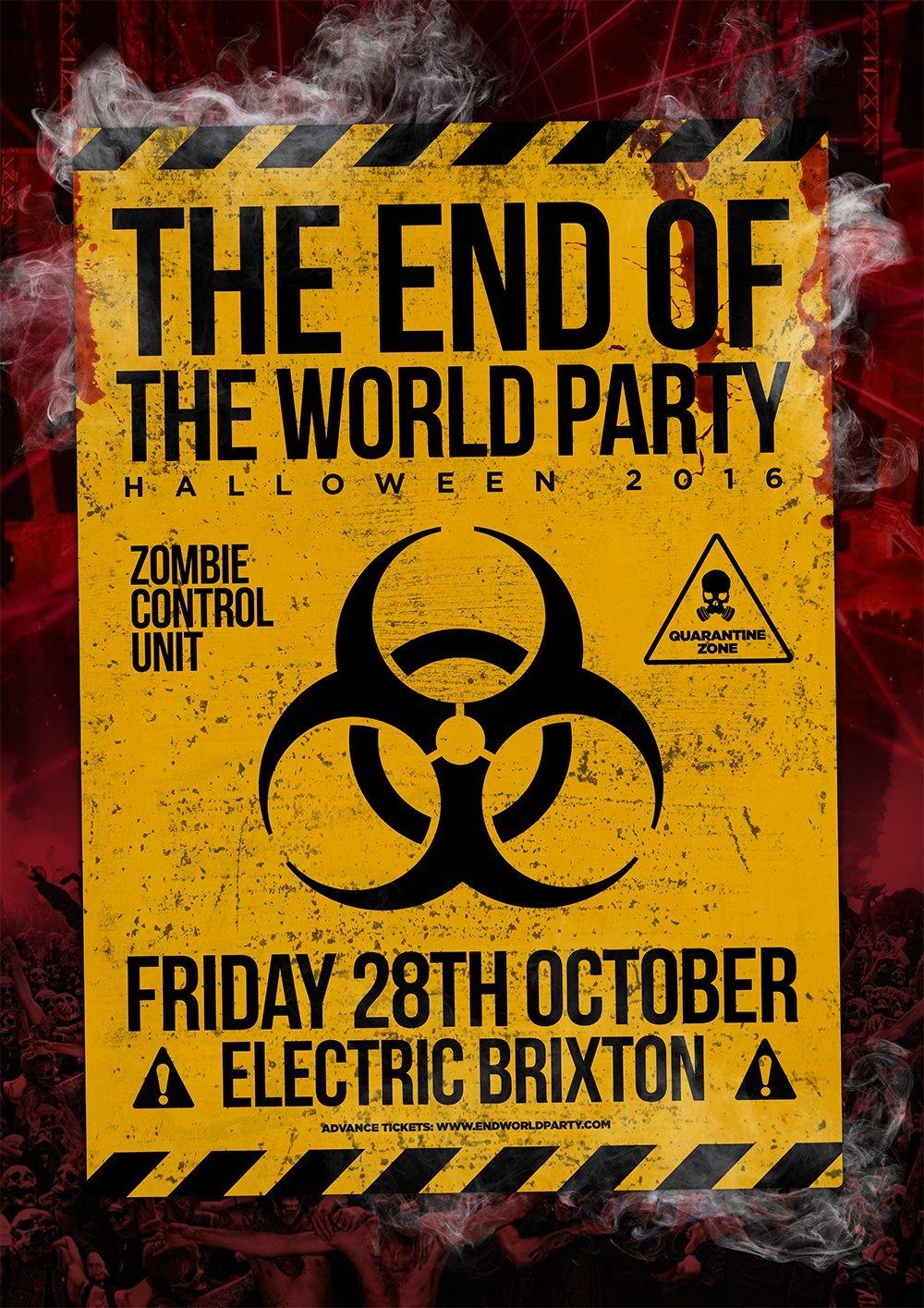 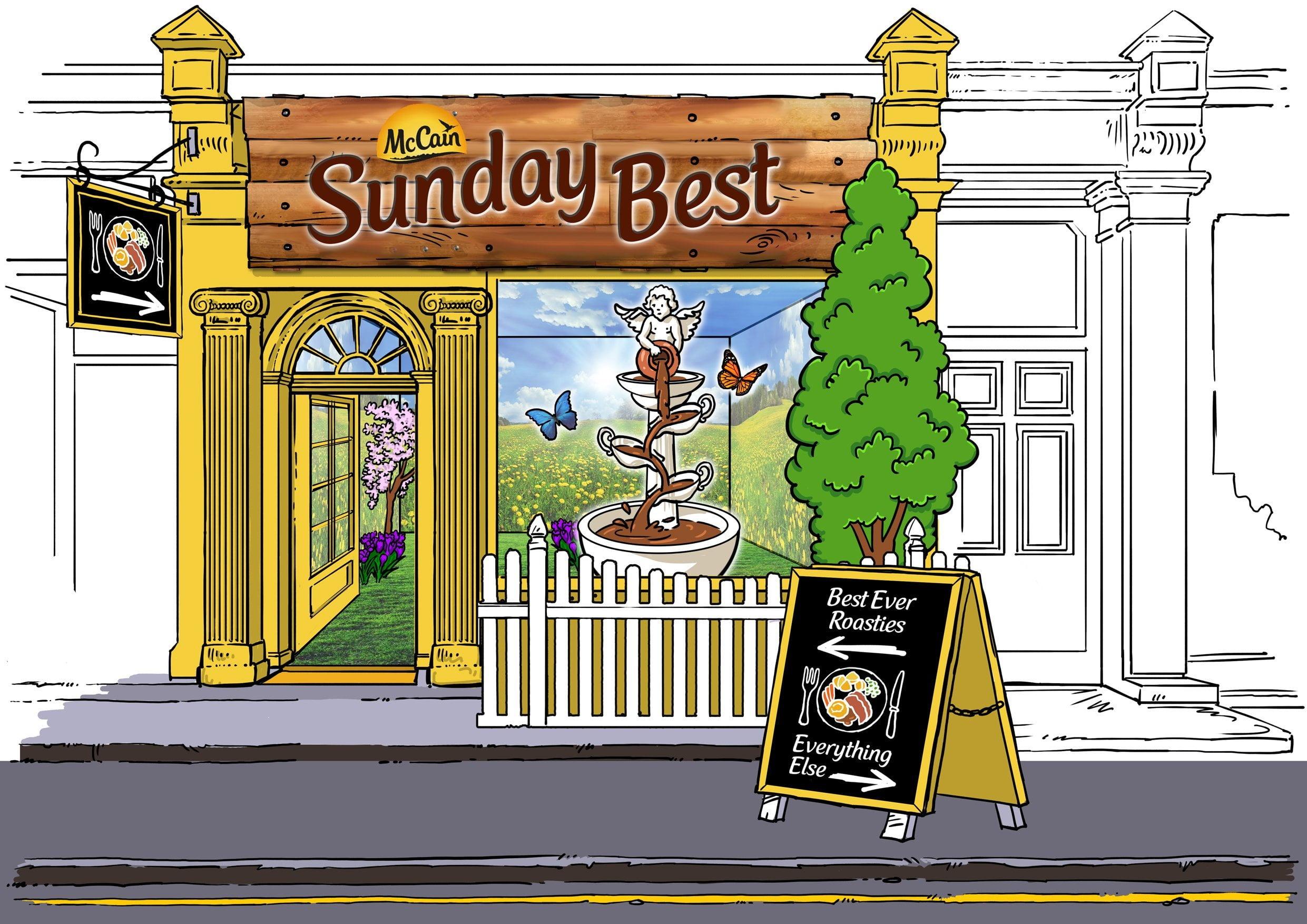 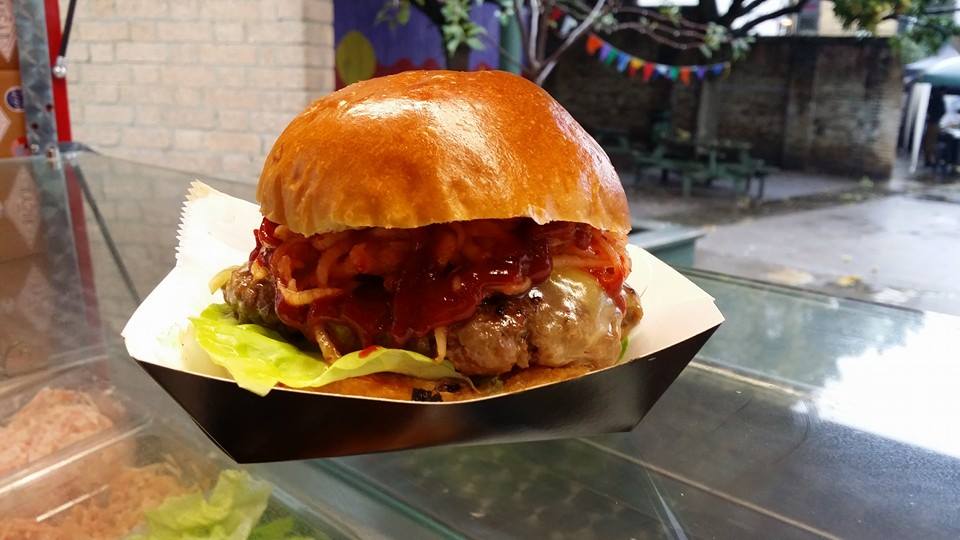