Working on the London night moves

[Andrew is an ex-technology journalist and accidental refugee from gentrification. The time to buy is precisely the moment he moves out of an area. He currently lives in deeply unfashionable N22 and has no plans to move. Stay away.]

The latest post by LDNLife editor Adam, set me thinking: will all-night tubes raise property prices faster along the lines that are open for 24 hours than those that aren’t? My hunch: no, they won’t make any noticeable difference.

How do I know? Here’s some data – and by ‘data’ I of course mean Googled factoids that I’ve contorted to support my thesis.

Factoid number 1: the round-the-clock tube service on Fridays and Saturdays starts in September, on five lines: Jubilee, Victoria, and most of the Central, Northern and Piccadilly.

That’s a vast swathe of London from which I defy anyone to draw any accurate conclusion. London property is hugely variable in any given catchment area around a tube station, let alone an entire line, with rich and poor locked in a bitter battle for dominance from street to street like they were re-enacting 1943 Stalingrad.

Factoid 2: estate agent Savills recently punted out predictions of how fast they expect to see prices rise in 20 London boroughs over the next five years.  Top of the props are the already fabulously wealthy boroughs of Westminster and Kensington & Chelsea, where Savills expects prices to rise by 25.6 per cent to 2020.

Does anyone who owns property in these boroughs actually live in it? No. And even if they did, could they actually find the way to the nearest tube station entrance any more than they could find their bum cheeks with both hands down the back of their red trousers? No.

Bottom of the prediction table is kerosene-blighted Hounslow, soon to be renamed the London Borough of Third Runway. Even here the hair-jelled brains of Savills reckon prices will increase by 19.4 per cent by 2020. Hounslow is on the bit of the Piccadilly line that will run all night. Hah!

So where are ordinary Londoners actually looking for property? Introducing factoid 3: another slab of self-serving data from an

We’re all moving to Watford, according to eMoov’s research.  Yep, Watford, one of the few places to have a gap named after it AND an M1 service station. No wonder it’s popular.

Watford is not technically in London; it’s in Hertfordshire. But it is on the tube – the Metropolitan line, which come September won’t be running all night. Hah again!

Eight more of those top 10 in-demand destinations are clustered in the northwest corner on the fag-end reaches of the Central and Piccadilly lines: Eastcote, Ickenham, the Ruislips, Pinner, Rayners Lane and the like. These bits won’t have a 24-hour service, either. Double hah!

The exception is Hornchurch, on the Essex end of the District line. That, coincidentally, is where the demand for property is increasing the fastest, says eMoov – East Ham, Woodford, Upminster Bridge etc. Ok, so some of those are on the soon-to-be-24-hour bit of the Central line.

So where is this heading? Not this article, but London as a city? If we keep flogging central London property at stupid prices to people who don’t actually live in it, then obviously Londoners will increasingly live in the far-flung ends of the tube.

A good result of that would be decentralisation into multiple regions of jobs and entertainment that aren’t focussed on 1.8km-sq in the West End and two-and-a-half streets in the East.

LDNLife does a good job of promoting good stuff that happens off-centre – in Tooting, Clapham etc. It’s all achingly middle-class, but where isn’t now? Maybe a few bits near Tottenham that, even as I write, are being hosed down with Government cash lest the residents get jealous of posher districts and grab some free Nikes from their local JD Sports again.

Will the Government’s recent ‘initiative’ to develop brown-field sites make any difference? Will it really mean people live near where they work? If it did, decentralisation might get traction. But surely the very fact that old factory sites and empty schools are available to run up a handful of yellow-brick multi-layer shoeboxes means there is no work there anymore.

More likely is a future that looks like Hong Kong: increasingly high-density. Or more like other mega-cities, such as Istanbul, Mexico City, Tehran, with increasingly long commutes.

Nevertheless, I’m staying put. I belong here. But if it sounds too grim for you, please feel free to leave. No hard feelings, but I could do with your half-a-square metre on the Piccadilly line.

Next article Stage Door Pop Up at the Waldorf Hotel – Review 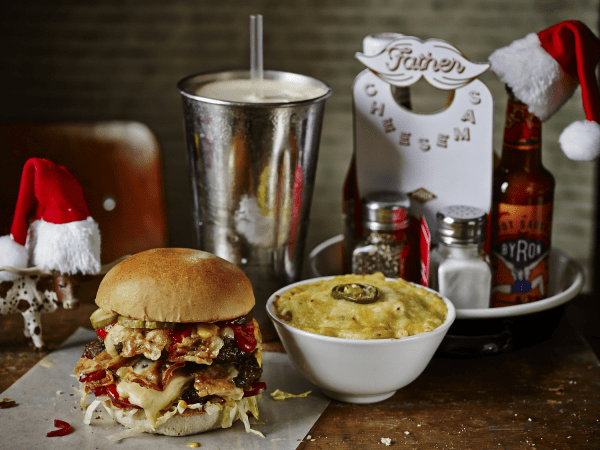 Byron Burgers – Father Cheesemas – Topped with Cheese made from Bacon

The Baby Show London – The road to Fatherdom beckons

Guest Blog – Style It Up in the Capital with Styloko.com Competition